« First they came: Evolution of a meme | Main | On the Visual Thesaurus: Crisp, Crispy, Krispy, Krispies » 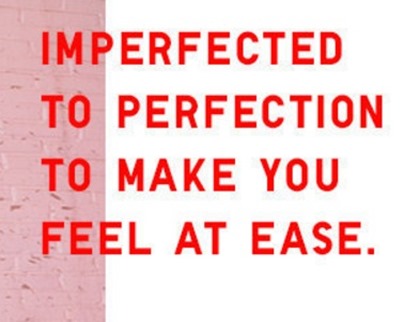 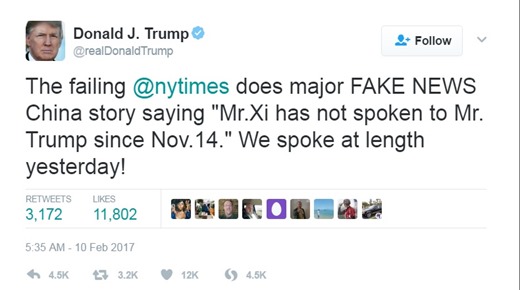 “Mr. Xi has not spoken to Mr. Trump since Nov. 14”? That’s not in fact what the Times article, headlined “Trump Tells Xi Jinping U.S. Will Honor ‘One China’ Policy,”  said.

Has not vs. had not.

This is second time (at least) in ten days that the 45th president has stumbled over the perfect tense. On February 1, at a breakfast with African American supporters that marked the beginning of African American History Month, he said:

I am very proud now that we have a museum on the National Mall where people can learn about Reverend King, so many other things, Frederick Douglass is an example of somebody who’s done an amazing job and is getting recognized more and more, I notice.

Inferring from the use of the present perfect (“who’s done”), Atlantic writer David A. Graham asked: “Does Donald Trump actually know who Frederick Douglass was?” The present perfect would be used for a person whose life and activities continue today (“President Trump has tweeted many silly things”); if you want to imply that an activity occurred exclusively in the past – for example, by a person who’s been dead for 122 years – you’d use the simple past tense (“somebody who did an amazing job”). You’d use the past perfect to suggest a sequence of events that all occurred in the past (“I had already been thinking about another sense of perfect”).

In the case of the China story, Washington Post editor Philip Rucker has noted that the president may have been responding to an earlier version, published before the White House announced yesterday’s call. If that’s so, the problem isn’t the president’s command of verb tenses, or not exclusively; it’s his imperfect attention to fact-checking … and his itchy Twitter finger.