“An America where we are all entitled to our own facts is a country where the only difference between cruelty and justice is branding.” Facebook’s fake-news problem and the rise of the postmodern right. (Brian Phillips for MTV.com)

Rigged, big-league (or was it “bigly”?), deplorables, and more: Ben Zimmer talks to WNYC’s Leonard Lopate about words that shaped the election. (Audio)

The three tiers in the new "World of Hyatt" loyalty program are "Discoverist," "Explorist," and "Globalist." This is lolzy bad branding.

Snowflake, cuckservative, masculinist, and other vocabulary of the white-nationalist “alt-right” movement. I wrote about cuckservative in August 2015.

From BoingBoing, a generator of defunct (and wholly fictional) computer-company names that you’re sure you can remember. Reload the page to see more. (Hat tip: Anthony Shore.) 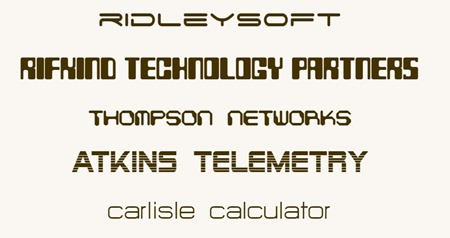 You will never be as lazy as whoever named "seaweed"

The morning after the election, writes Ben Yagoda, one word summed up the way many of us felt: gutted.

“Standup routine that oddly captures the feel of nomenclature.” – tweeted by Amanda C. Peterson, who works in verbal branding for Google and knows whereof she speaks.

Some of the biggest “news” stories of the political season and its aftermath were completely fictional. (Remember “Amish Vote for Donald Trump”?) Meet the guy who wrote them – and who, in an era of newsroom layoffs and shrinking salaries – was making $10,000 a month doing it:

My sites were picked up by Trump supporters all the time. I think Trump is in the White House because of me. His followers don’t fact-check anything — they’ll post everything, believe anything. His campaign manager posted my story about a protester getting paid $3,500 as fact. Like, I made that up. I posted a fake ad on Craigslist.

Now, don't panic, everybody. Things may suck today. They may suck tomorrow. And next month, and the next 4 years. But one day you'll be dead