« Word of the week: Animalic | Main | Acronyms on the menu » 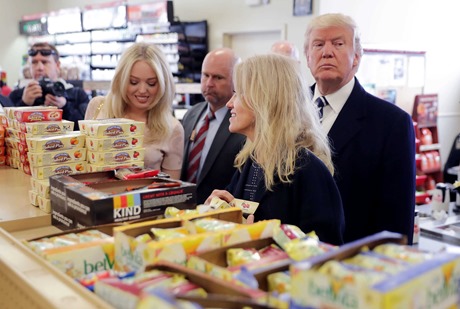 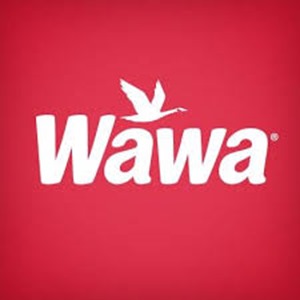 Wawa is a chain of convenience stores in the mid-Atlantic states; it was founded in 1964 and is the third largest retailer in the Philadelphia area. The retail business is the descendant of the Wawa Dairy Farm, founded in 1890 by George Wood and named for the area in which it was located: Wawa, Pennsylvania. The geographic name comes from an Ojibwe word meaning “wild goose”; it appears in Longfellow’s epic poem The Song of Hiawatha, whose hero is an Ojibwe warrior.

After more than 125 years, I suppose East Coasters no longer giggle when they say “I’m going to the Wawa,” and I imagine there are advantages to a business name that any toddler can pronounce. I profess no inside knowledge about the Trump troupe’s visit to the King of Prussia outpost; the candidate does love his junk food, but he appears to be more comfortable dealing with hoi polloi from the safe distance of a podium rather than in the agora. He likes big, rowdy rallies, not intimate meet-and-greets with Joe and Jane Voter. “I think if they ever saw me sitting in their living room they’d lose total respect for me,” he told an audience in June. “They’d say, I’ve got Trump in my living room, this is weird.”

Wawa isn’t the only odd-to-outsiders convenience-store name in the greater Philadelphia area Pennsylvania.

I don't have a horse in this race, but lots of people in my timeline reacting to the choice of Wawa over Sheetz today.

Yep, Sheetz. It was founded in 1952 and is still owned by the Sheetz family; its chicken wings are known as Shwingz.

Posted at 06:28 AM in Food and Drink, Names in the News, Naming, Politics, Retail | Permalink

Cecily: It crossed my mind to include Piggly Wiggly in this post, but I decided to stick with the name in current headlines. But since you brought it up, Piggy Wiggly, founded in 1916 in Memphis by Clarence Saunders, calls itself "America's first true self-service grocery store." The company headquarters today are in Keene, New Hampshire; there are more than 530 stores in 17 states. According the company's website:

"Saunders' reason for choosing the intriguing name 'Piggly Wiggly®' remains a mystery; he was curiously reluctant to explain its origin. One story says that, while riding a train, he looked out his window and saw several little pigs struggling to get under a fence, which prompted him to think of the rhyme. Someone once asked him why he had chosen such an unusual name for his organization, to which he replied, 'So people will ask that very question.'"

As a native King of Prussian, "Wawa" not only doesn't sound weird - it's beloved, and fairly ubiquitous. It's a popular spot to grab a hoagie, speaking of odd-sounding regionalisms.

I do object to you implying Sheetz is in the greater Philadelphia area. There's a great regional divide between Wawa country (Eastern PA) and Sheetz country (Western PA), and Philadelphians and Pittsburghians will argue over which is the better one. There's very little overlap in their markets.

SamC: Apologies for my faulty geography! I've amended the sentence.

"Wawa" would almost certainly be mocked if it were, say, the name of a new tech company. (Google was initially derided as a baby-talk name.) Success and familiarity can work wonders in burnishing a name's image.

It's apparently an easy mistake to make - I was reminded after posting that Sheetz is actually "everywhere but Southeast PA" not just Western PA. Apologies to any Scranton brethren reading these comments!

Here's the map of the Sheetz/Wawa divide from the NYT itself:
http://www.nytimes.com/interactive/2013/02/09/us/Wawa-or-Sheetz-A-Matter-of-Convenience.html

Shouldn't those wings be "Chickensheetz"?