Word of the week: NEET

NEET: Acronym for “Not in Education, Employment or Training” – or, as Wall Street Journal contributor Nicholas Eberstadt put it in a September 1 op-ed, “Neither Employed nor in Education or Training”:

Labor Day is an appropriate moment to reflect on a quiet catastrophe: the collapse, over two generations, of work for American men. During the past half-century, work rates for U.S. males spiraled relentlessly downward. America is now home to a vast army of jobless men who are no longer even looking for work—roughly seven million of them age 25 to 54, the traditional prime of working life. … What do unworking men do with their free time? Sadly, not much that’s constructive. About a tenth are students trying to improve their circumstances. But the overwhelming majority are what the British call NEET: “neither employed nor in education or training.”

According to Know Your Meme, NEET

was originally coined in the United Kingdom as a classification for people between the ages of 16 and 24 who were unemployed and not in school. In Japan, the term is used to identify anyone between the ages of 15 and 34 who is unemployed, not in school and not seeking work, and is closely associated with social recluses known as “Hikikomori.” Online, the acronym is often used to label those who fit the “neckbeard” stereotype.

The acronym spread after it was used in “Bridging the Gap,” a report published in July 1999 by the British Social Exclusion Unit. (Later called the Social Exclusion Task Force, and abolished in 2010, the grimly named unit studied people who suffered from social exclusion rather than physically excluding them.) A previous term used in the UK, “Status Zero,” had the same meaning; it was replaced by NEET because of the negative connotations of “no status.”

Some of us may recall a different Neet: the brand name of a depilatory cream sold in Canada and the U.S from around 1920 until 2002, originally by Hannibal Products Company and after 1958 by American Home Products. (In some markets it was called Immac, short for “immaculate.”) 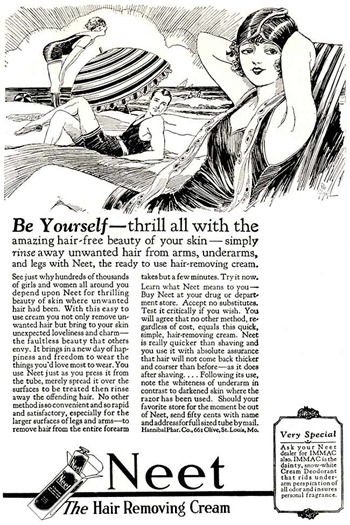 The product is now sold internationally by Reckitt Benckiser as Veet – the phonetic pronunciation of vite, the French word for “fast.” The brand may be best known for its double-entendre “Goodbye Bush” ads, which received prominent placement during the week of President Obama’s first inauguration in January 2008. 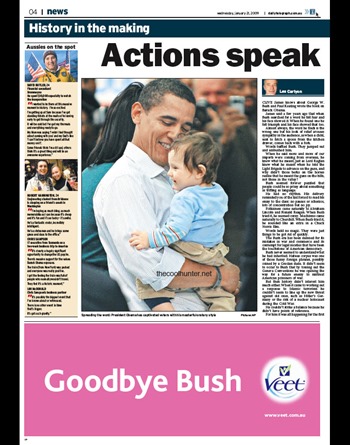 Posted at 06:46 AM in Acronyms, Advertising, British, Economy | Permalink

I had no idea that the Neet of old had been reborn as Veet.