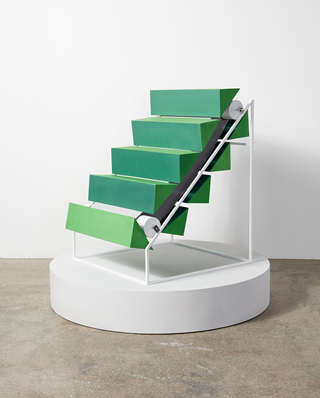 In a famous experiment in sound symbolism, people who were shown two shapes, one rounded and the other spiky, overwhelmingly chose the name bouba for the rounded shape and kiki for the spiky one. But what if the choices were slightly different: bibi and koka? Linguist Neal Whitman has been running this experiment with friends, relatives, and co-workers. The results? A 50/50 split. (By the way, this sort of thing is of intense interest to people like me who develop names for a living.)

The new words are here! The new words are here! More than 1,000 of them, in fact, in the September update to the online OED. Many entries are revised rather than completely new; see, for example, the entry for gremlin, which, writes senior assistant editor Jonathan Dent, “received careful attention from the OED‘s researchers, editors, and etymologists, none of whom (following the instructions in Joe Dante’s 1984 film about a very specific later incarnation of these creations) got the entry wet, exposed it to bright light, or added any quotations to it after midnight.”

After WHEN THE BOUGH BREAKS, every line from the "Rock-a-bye Baby" nursery rhyme has now been the title of a movie pic.twitter.com/T0QDLNNx5m

The appropriately complicated etymology of kluge. Or is it kludge?

Once upon a time in the 1990s, recounts Cara Giaimo in Atlas Obscura, Coca-Cola introduced a fruit-flavored beverage called Fruitopia, with “trippy labels” and “new age-sounding names like Citrus Consciousness, Strawberry Passion Awareness, and Grape Beyond.” The brand died at the end of the decade, but this fond history will stir some vivid memories. As for the Fruitopia name, Giaimo writes that Coke claims to have come came up with it during the development process. “But students at a marketing program at Ohio's Miami University also specifically remember coining it, during a Coke-sponsored contest over the summer of 1991. Coke threw out their designs and slogans, but, the students allege, kept their name. (They won a Coca-Cola pen for their efforts.)”

How accurately – and how fast – can you identify some relatively uncommon color names? (Warning: the last two are very uncommon.) More on color naming in my July 2011 Visual Thesaurus column.

The Philadelphia Zoo held a contest to name its new baby gorilla. It shouldn’t have done that.

The Venn diagram of creative services. 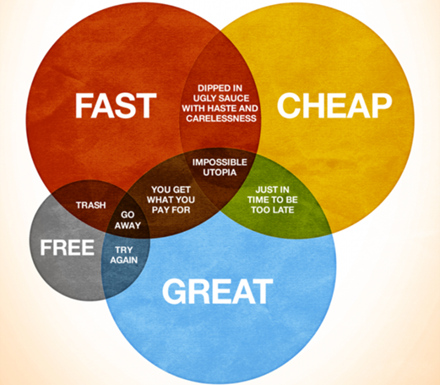 From Dennis Noel Gomez, via LinkedIn.