On the Visual Thesaurus: When words collide

My new column for the Visual Thesaurus, “When Words Collide,” looks at portmanteau words and names: their history (thank you, Lewis Carroll!), how they’re constructed, and why some succeed and others fail. 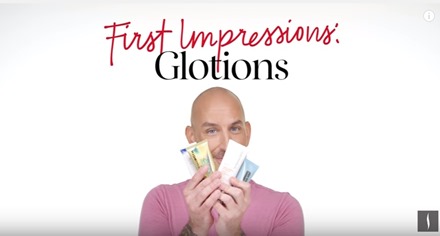 “Glotion”: a recent portmanteau that falls short of the ideal.

The most successful portmanteaus flow readily off the tongue, overlap both semantically and phonetically, and fill a linguistic or cultural gap. Take brunch, which students at Oxford University invented in the 1890s to describe a combination of breakfast and lunch. ("An excellent portmanteau word," Punch magazine declared in its August 1, 1896, issue.) Almost completely forgotten is a related word coined by those same students: blunch, a meal eaten nearer to the lunch hour than brunch. It turned out that once you learned brunch, your appetite for new midday-meal words was sated.

Smog, coined in 1905, is another long-lived example: It's short, easy to pronounce, and handy for describing a modern atmospheric phenomenon. Affluenza – the name of a condition that supposedly afflicts wealthy people, robbing them of personal responsibility – is so appealing a word that it's been coined repeatedly (from affluence and influenza), in 1903, 1954, and 1979. Vitamin – originally spelled vitamine – was created in 1912 from vital and mineral when scientists needed a name for "certain preventive substances" that could fend off diseases like pellagra. Spam, which began life in 1937 as a trademark portmanteau of spiced and ham, was adopted by the computer community to describe a flood of messages. (The inspiration came from "Spam," a 1970 sketch by the Monty Python comedy troupe, in which "Spam" was repeated multiple times.) So successful was spam that it begat another portmanteau, spamdex, a blend of spam and index.

My Visual Thesaurus columns are paywalled for three months. Here are my recently de-paywalled columns from earlier this year:

“Common sense” and sensibility: from Paine to Palin (and beyond)

Journey to the center of a metaphor: How “journey” became our all-purpose substitute for “experience,” “story,” and much else.

We’re so excited!: Are you excited for, about, or to? And what’s the cause of all the commotion, anyway?