Name in the news: Samara

This week Airbnb – which now styles itself as a “worldwide accommodations leader” with the slogan “Live There” (it used to be “Belong Anywhere”) – revealed a new division called Samara and announced the division’s first project: a communal housing development meant to revitalize a small town in Japan. According to a story in FastCoDesign, “That model isn’t meant to be a one-off. After this project, Airbnb will look to scale it to other declining small towns across the world. The idea is that Airbnb could become a force not only in sharing homes, but in urban planning.”

So far, Airbnb itself has provided almost no details about Samara. The division’s website, which is nested within Airbnb.com, has minimal text — embellished with a few “handwritten” scrawls — and no photographs. This is the entirety of the statement: 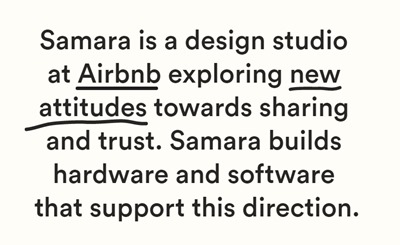 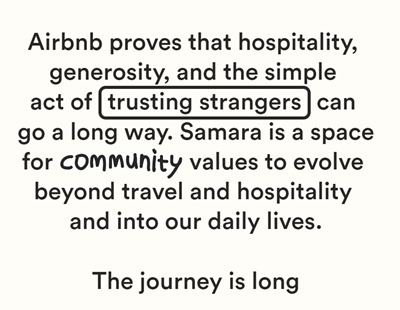 Where does the name Samara come from? The website doesn’t say. So I did some investigating.

I’ll start by noting that Samara has linguistic pluses: it could come from any of a dozen or more languages, and its consonant-verb-consonant construction makes it easy to pronounce around the world.

My first association with Samara, however, was Samarra, an ancient city in modern-day Iraq that may be best known to Westerners from Appointment in Samara, the 1934 novel by the American writer John O’Hara. The title refers to a Babylonian tale in which an “appointment in Samarra” is a metaphor for Death.

That is probably not what Airbnb had in mind, although it’s hard for me to unthink it.

Nor, I’m guessing, is it Sámara (accent on the first syllable), a beach town on the Pacific coast of Costa Rica where, as it happens, there is a sizable cluster of Airbnb rentals. (When you search “Airbnb Samara,” it’s those rentals that are your first results.)

There’s also a Russian city called Samara, at the confluence of the Samara and Volga rivers. The city was founded in the late 16th century, but I couldn’t find an origin for its name.

Samara is a female given name, Hebrew in origin, that means “guardian” or “protected by God.” Is this the Airbnb Samara? Hmm.

More plausibly, Samara comes from the botanical term for the winged fruit (technically an achene) of any of several trees, including ash, elm, sycamore, and maple. The word’s Latin origin means “seed of the elm.” 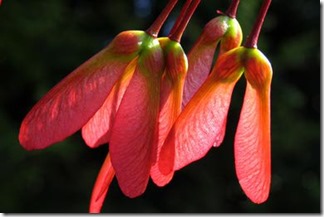 The botanical samara has inspired several names besides Airbnb’s. There’s Samara Canada, which is “dedicated to reconnecting citizens to politics.” The About Us page gives a brief and lovely explanation for the name and logo: “A samara is the winged ‘helicopter’ seed that falls from the maple tree. A symbol of Canada, it is also a reminder that from small seeds, big ideas can grow.”

Samara House, in West Lafayette, Indiana, is one of the most notable residences designed by the architect Frank Lloyd Wright. The website explains that the the name comes from “the winged seeds found in pinecones.” 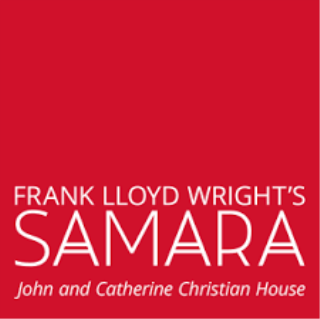 As for Airbnb, it would make sense for a design studio that’s “exploring new attitudes” to take its name from a seed that is itself a marvel of beautiful and efficient design. But until someone at Airbnb steps forward to verify my theory, I’m afraid it remains an educated guess.

Posted at 06:26 AM in Architecture, How They Got That Name, Names in the News, Naming | Permalink

>Samara is a female given name, Hebrew in origin

I'm going to suggest that this might should be "Semitic in origin," but only because I know a Muslim woman named Samara. (?)

The maple samara, in particular, is also known here in Canada as a "key", which to me suggests a house key, but that is a once-removed association.