Whence “Rapunzel”? It’s the name of the title character in a Grimm Brothers tale who is saved by her hair. Imprisoned in a tall tower by a sorceress, Rapunzel must let down her “splendid long hair, as fine as spun gold” to serve as a ladder for her jailer: “She untied her braids, wound them around a window hook, let her hair fall twenty yards to the ground, and the sorceress climbed up it.” Later, a prince uses the same route to reach and rescue Rapunzel (and impregnate her, in the original version). Rapunzel is named after a turnip-like edible plant (rapunzel in German, rapion in English, campunula rapunculus in Latin) that Rapunzel’s father, a poor farmer, stole from the sorceress’s garden. (Rapunzel is also the star of the 2010 Disney animated feature Tangled. And she’s a character in Stephen Sondheim’s 1986 musical Into the Woods.) 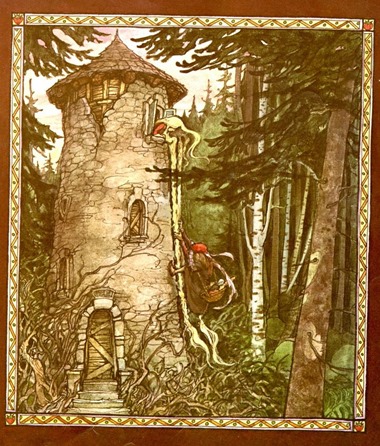 Long, strong, abundant hair is so central to the Rapunzel tale that I’m not surprised Christiano made the association and appropriated the name. It’s an excellent example of a suggestive name – it doesn’t describe the product or its effects, but instead employs a potent analogy. Trademark lawyers approve of suggestive names, which are easier to protect than descriptive names. But they’re not the easiest names to come up with. If Christiano had turned to crowdsourcing or name generators instead of memory and imagination, she’d probably have ended up with a name like Hairly or Growthify – derivative, nondistinctive, and uninspiring.

Rapunzel isn’t the only clever name Christiano has developed. Her earlier hair-growth venture was named Vixen Pharmaceuticals. A vixen is a female fox; alopecia areata translates to “mangy fox,” from alopex, the Greek word for fox.

Posted at 05:15 AM in Fairy tales, How They Got That Name, Names in the News, Naming, Science | Permalink