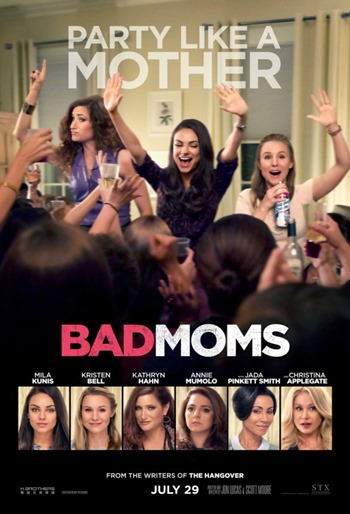 That may have been what Vanity Fair film critic Richard Lawson was thinking of when he tweeted the other day:

Mike Norwood had some suggestions for future releases (ripped from the headlines, as it were):

Maybe the Bad Moms can hook up with Bad Dads, a new book (pub date: August 9) that “showcases the best artwork from ‘Bad Dads,’ an annual exhibition of art inspired by the films of Wes Anderson” that’s curated by Spoke Art Gallery in San Francisco. 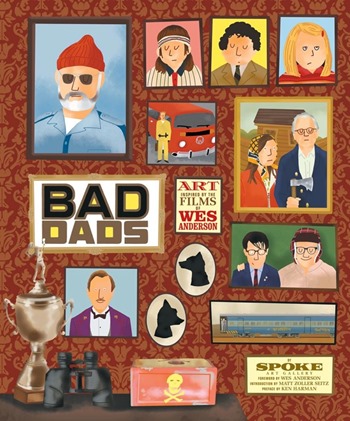 Here’s something curious I learned while investigating this “Bad X” trend: The 2014 comedy Neighbors, which stars Seth Rogen and Rose Byrne, was retitled Bad Neighbours in the UK, Ireland, Sweden, Denmark, and Germany; Malditos Vecinos (Damned Neighbors) in Spain; and Pires Voisins (Worst Neighbors) in France. But in Mexico, Argentina, Chile, and Peru, it was called Buenos Vecinos (Good Neighbors). This year’s sequel, Neighbors 2: Sorority Rising, got the same mixed-up title treatment around the world.