Here’s the first 427 I stumbled upon: 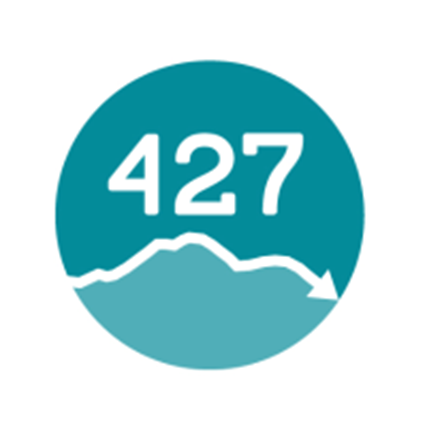 427mt.com, based in Berkeley, California.

In written communications, the company spells out its name as Four Twenty Seven. But the logo uses numerals, as does the URL, which adds a cryptic “mt.” An abbreviation for “mountain,” I wondered? Seems plausible, given the up-and-down graph in the image.

Here’s what Four Twenty Seven says about itself:

And here, at the bottom of the “Vision” page, is the explanation for the name:

The name Four Twenty Seven is a reference to California’s 2020 emissions target, 427 million tonnes of carbon.

A “tonne,” my fellow Yanks, is a metric ton. In fact, the language used by the California Air Resources Board when it announced the target, in 2007, was:

California's ARB staff has spent the past year assembling an inventory of the state's 1990 emissions using a variety of data sources, including inputs related to fuel combustion, industrial processes, and agricultural practices. That figure is 427 million metric tons of carbon dioxide equivalent.

Emphasis added. And mystery solved: 427 stands for “427 million,” and “mt” in the URL stands for “million tonnes.”

The second 427 is “a small, focused design boutique” in Glasgow, Scotland. 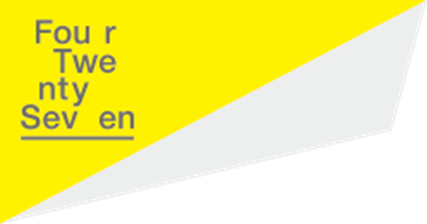 This 427 also spells out its name, but allruntogetherlikethis. There’s no explanation for the name anywhere on the site, so I sent an email to the Contact link and got an immediate reply from Niall Smillie:

The name comes from the time in the morning that I woke up in a cold sweat of realisation that I should work for myself and not for anyone else.

Hah! I smiled, I nodded in recognition, I tipped my virtual hat. Not only is this a clever and convincing story, it also explains the 24-hour-clock rendering of the URL: 0427.co.uk.

We can extract a few useful lessons from this little investigation:

Finally, don’t fret about snagging that perfectly “pure” URL. Case in point: 427.com redirects to a Chinese site, 9576a.com (I have no idea why). But the U.S. and Scottish 427s found smart ways to tweak their respective domains to make them not merely available but also appropriate and interesting.

Posted at 06:00 AM in Abbreviations, Design, Domains, Naming, Numbers | Permalink