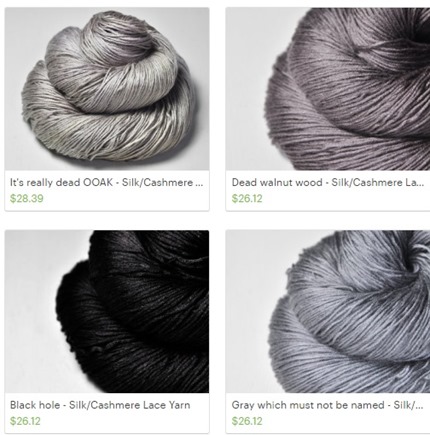 Poison shows up as well. 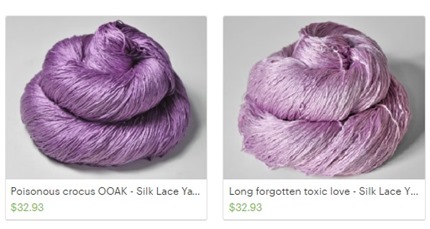 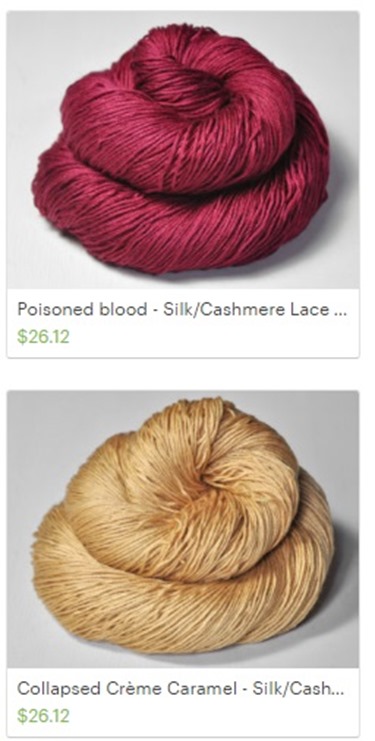 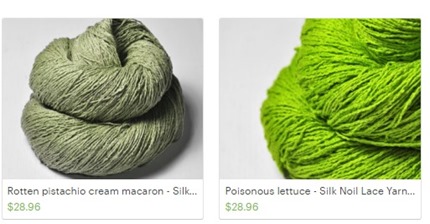 Another revolting dessert, another toxic hue. 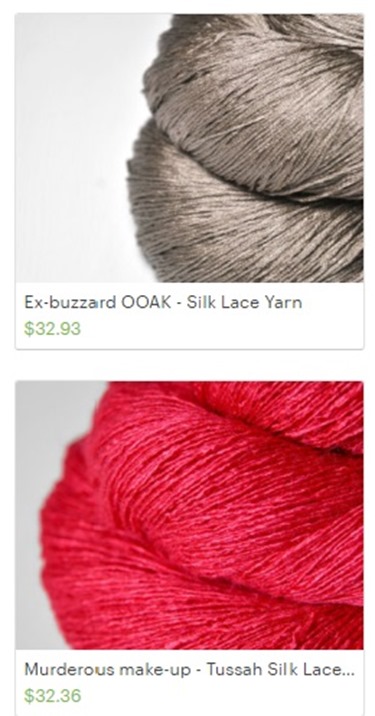 Not merely a carrion bird: an ex-carrion bird. And be careful with that lipstick, lady!

Colors names like these may not be everyone’s cup of gall, but I find them enchanting. When I wrote about historical color names for the Visual Thesaurus, I discovered a crypt’s worth of morbid shades. The Elizabethans, for example, favored colors named Dead Spaniard, Dying Monkey, Puke, and Goose-Turd. In the late 19th century, a shade of pale pink was dubbed Malmaison (“bad house”) as an homage to the name of Napoleon’s residence. And even a cheerful box of Crayola crayons may harbor an Inch Worm.

Then there’s the guy who stealthily swapped out the names on paint swatches in a hardware store. 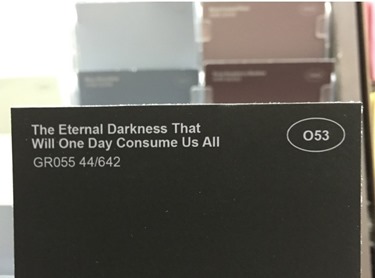 Admit it: That’s a lot more memorable than “Midnight Black.”

Previously in yarn names: Artfibers yarn store (which I see I also began “I don’t knit, but...”).

For painting the Addams Family castle? What fun!