Word of the week: Sad

Sad is neither new nor obscure: it’s been with us since Old English, and even young children understand at least one of its meanings. But it’s been in the foreground in recent months thanks to a series of tweets published by a front-runner in the U.S. presidential primaries. “I believe we may be witnessing an evolution in the use of that word,” said Mike Vuolo, co-host of the language podcast “Lexicon Valley” in a February episode. If so, it would be only the most recent twist in sad’s long and interesting history.

When businessperson Donald J. Trump launched his presidential campaign on June 16, 2015, he almost immediately began using sad or sadly – usually as a sort of terminal punctuation – in interviews and tweets. In fact, the Washington Post counted 47 things that made Donald Trump sad between June 19 and March 3. Here’s a typical example, complete with misspelled its (twice):

National Review is a failing publication that has lost it's way. It's circulation is way down w its influence being at an all time low. Sad!

And the sadness didn’t end on March 3.

Why is it that the horrendous protesters, who scream, curse punch, shut down roads/doors during my RALLIES, are never blamed by media? SAD!

Europe and the U.S. must immediately stop taking in people from Syria. This will be the destruction of civilization as we know it! So sad! 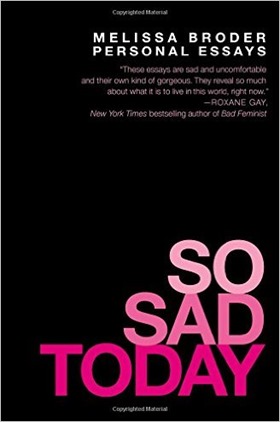 The pattern has been so striking – it’s been called the Trump Insult Haiku – that it’s given rise to parodies, of which this is just one example:

He won't admit it, but Donald Trump is collapsing in general election polls. Sad! https://t.co/yHN7jeeEHc

Sad was not always an insult; nor did it always mean “sad.” The OED lists seven obsolete senses of sad, starting with the Old English source, sæd, which was pronounced “sad” but which meant “sated” or “full” or “weary of.” (Chaucer uses sad with this sense in The Yeoman’s Tale: “Yet of that Art they kan nat wexen sadde ffor vn-to hem it is a bitter sweete.”) By the 14th century the meaning shifted to “settled,” “firmly established,” or “valiant.” And within the next century it took on several new meanings, including “grave,” “serious,” “orderly,” and “unmistakable” or “certain.” Mike Vuolo calls these new senses “metaphorical outgrowths” of the original “weary of.” They share a quality of heaviness: rain could be sad, and so could sleep. Heavy pewter dining utensils were known as sadware.

A heart can be heavy, too, which is how the meaning we know now — “feeling sorrow or regret” – arose, around the same time as all the other meanings. And as late as the 19th century a heavy, unleavened bread or cake was called sad cake.

The pejorative sense of sad (“deplorable” or “miserable”) first saw the light of day in Samuel Pepys’ diary, published in 1664 (“what a company of sad idle people they are”). But it took until the 1930s for sad to take on the sense of “pathetically inadequate or unfashionable; socially undesirable or inept.” The OED’s earliest example is from the American writer John O’Hara: “There were certain sad birds among the girls.”

The Trumpian twist, says Vuolo, is to turn sad from modifier into “weaponized piece of punctuation” – not an adjective or adverb, its traditional functions, but an interjection. Vuolo’s example: “Donald J. Trump, viable candidate for president of the United States of America. Sad!”

Here’s another sad, from the menu of Chengdu Style restaurant in Berkeley:

I’ve also seen “sad noodles.” One (unconfirmed) explanation is that the food is so spicy that it will make you weep. [UPDATE: Victor Mair, a professor of Chinese at the University of Pennsylvania, decodes sad in Chinese menus and restaurant names.]

Posted at 06:00 AM in Chinese, Etymology, History, Politics, Word of the Week | Permalink

Also, doesn't "sad iron" belong in this list, with the same sense as the heavy flatware? (Not sure, but the irons are still out there at flea markets.)

Jan: I confess I'd never encountered "sad iron" until I read your comment. You're absolutely right -- the "sad" means "solid" or "heavy." http://www.oldandinteresting.com/antique-irons-smoothers-mangles.aspx#flatirons