« On the Visual Thesaurus: A 'journey' of a thousand similes | Main | The honorable member »

Word of the week: Tsundoku

Tsundoku: The constant act of buying books and never reading them but instead letting them pile up.

I have a particular type of tsundoku that involves never reading most of the Kickstarter book projects I support.

Writing for the Open Culture blog, Jonathan Crow explained the origin of the word:

The word dates back to the very beginning of modern Japan, the Meiji era (1868-1912) and has its origins in a pun. Tsundoku, which literally means reading pile, is written in Japanese as 積ん読. Tsunde oku means to let something pile up and is written 積んでおく. Some wag around the turn of the century swapped out that oku(おく) in tsunde oku for doku (読) – meaning to read. Then since tsunde doku is hard to say, the word got mushed together to form tsundoku. 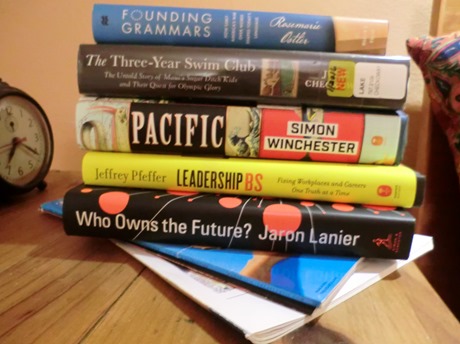 I’m reading as fast as I can.

Posted at 05:49 AM in Books, Japanese, Word of the Week | Permalink

I have so needed this word! Does it make it more or less respectable to have an addiction that has its own name?