« On the Visual Thesaurus: Were so excited! | Main | This was never supposed to happen »

Word of the week: Pantsula

Pantsula: A street dance that originated in the black townships of apartheid South Africa in the 1980s. The dance has been described by one writer as “a cross between hyped-up hip-hip and Irish line dancing.” In the Zulu language, pantsula means “to waddle like a duck.”

With precise and technical footwork, often to the accompaniment of house music, pantsula dancers use hectic city streets as their stage surrounded by traffic, pedestrians and vendors. With ample skill and dedication — many of the troupes practice several hours a day — they have become recognized leaders and entertainers in their townships.

“The guys are trying to spread a message of better living through the dance,” said Mr. Saunders, who first started taking pictures of pantsula dancers for the 2010 Dance issue of Colors magazine. “Everywhere you walk down a road, there’s kids playing, people dancing, people barbecuing … it’s got a vibe. It’s street culture.” 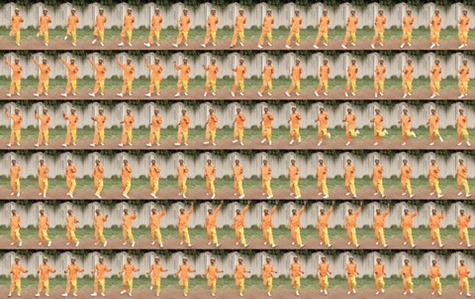 The resemblance to North American break-dancing is not coincidental, Richardson writes:

After the international release of “Beat Street” — the 1984 movie chronicling New York’s nascent hip-hop scene — breakdancing influenced pantsula style. Similar to breaking crews, pantsula troupes staged battles trying to top one another on skill, precision footwork and creativity. And, as with B-boy culture, the dancers’ flamboyant fashion sense was almost as important as the dance itself, adding style and attitude to the spectacle.

The colorful, carefully coordinated outfits are part of the spectacle, as this slide show of Saunders’s images attests.