Word of the week: Berniebro

Berniebro: “A white, male Bernie Sanders supporter who haunts Internet comment sections” (Amanda Hess, Slate). “A cohort of intense, sexist Bernie Sanders fans on social media who harass journalists they deem not adequately pro-Sanders” (Adam Johnson, AlterNet). Coined from Bernie (U.S. Senator Bernie Sanders, D-Vermont, who is seeking the Democratic nomination for president) and bro, a truncation of brother that has come to signify “a male youth subculture of ‘conventional guys’ guys’ who spend time partying in ways similar to each other” (Wikipedia). Also spelled Bernie Bro and BernieBro.

Journalist Robinson Meyer, a contributor to the Atlantic, claims credit for coining Berniebro in an October 2015 post for the magazine’s website that consisted of a series of declarative statements, all beginning with “The Berniebro…” An excerpt:

The Berniebro is posting a video on his Facebook wall: You really have to watch this. Bernie Sanders says things that no other candidate would ever consider. These are real policy proposals that just might change the country.

The Berniebro asks what you thought of the first Democratic debate, then interrupts to say that you shouldn’t confuse Clinton’s soundbites for actual substance. By the way, the Berniebro adds, he was really impressed with Bernie.

The Berniebro chuckles politely when you say that Bernie Sanders sometimes looks like he’s petting two different-sized ponies with his right hand. “Yeah, I guess it’s funny,” says the Berniebro. His face does not seem to entertain the possibility that this could ever be humorous. 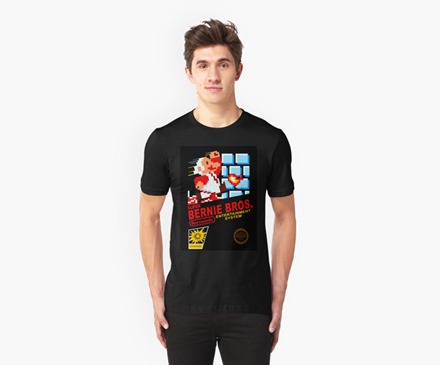 Last week, Meyer published a follow-up post in which he remarked on the coinage’s success. After 28,000 people shared his story on Facebook, he wrote, Berniebro “started to grow and change, and I remained its Dr. Frankenstein”:

In November, Rebecca Traister used Berniebro to refer to leftist writers who expressed their grievances with Hillary Clinton in sexist ways. Then other writers employed it to other ends. “Berniebro” came to imply that some men only supported Sanders because he was male. Then it stood in for the roving horde of Twitter users who respond to any sufficiently prominent skepticism about Bernie with outrage, alarm, and hate.

By last weekend, I could not log in without seeing some mention of Berniebro—and, with it, a dispute about its meaning. The Nobel-winning economist Paul Krugman deployed the Berniebro label, then econbloggers fought about it. After a Sanders campaign director asked supporters to tone it down online, Mashable and BuzzFeed and the British Actual Broadcasting Corporation ran stories about the terror of Berniebros.

Meyer went on to coin Berniebrosplosion, a phenomenon he said signified “category collapse.” To address the problem, he proposed additional categories of Bernie fans, each with its own punny or alliterative portmanteau. Samples:

Bernieboomers: parents of Berniebros “who are slowly coming around to their child’s enthusiasm.”

Bernieboos: “Girlfriends and boyfriends of Berniebros who allow themselves to be dragged to Sanders events.”

Berniebeau: “There is only one of those, and her name is Jane Sanders” – Bernie’s wife.

Bernieburro: A campaign staffer who ferries equipment from rally to rally.

Berniebro is not the only term for a Sanders supporter to have emerged in this presidential season. Last summer, Sandernista surfaced, a pun on Sandinista (a follower of Augusto César Sandino, the Nicaraguan nationalist leader of the early 20th century) and an allusion to Bernie Sanders’s professed democratic socialism (the Sandinista National Liberation Front remains an active democratic-socialist party in Nicaragua). 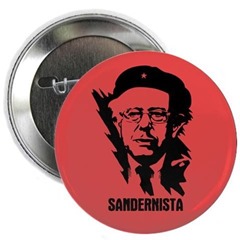 On the other end of the political spectrum, admirers of Donald J. Trump – the businessperson seeking the Republican nomination – are calling themselves Trumpeters and Trumpets. Sarah Palin, the half-term Alaska governor and one-time vice-presidential candidate who has endorsed Trump’s candidacy, has proposed Trumpservatives.

Related: From the 2012 presidential campaign, curlbro, inspired by Senator (now Speaker of the House) Paul Ryan, who was Mitt Romney’s running mate.

Posted at 06:00 AM in Bro, Neologisms, Politics, Word of the Week | Permalink