Excite first appeared in English around 1400, imported either from Old French or Latin and meaning “to set in motion, to stir up” or “to rouse up, to awaken.” It acquired specific meanings in the sciences: electric currents, light spectra, and elements are all capable of being excited – that is, set in motion or sensitized. (When exciting first came into use in the 19th century, it carried only the scientific and medical meaning of “immediately causing.”) It took until the 1820s for excite to be used in connection with emotions (“to stir up tumultuous passions”); the sexual meaning – as in the Pointer Sisters’ 1983 hit song “I’m So Excited” – was added later in the century. …

Read the rest of “We’re So Excited!”

Blog bonus: Read more about “our increasingly cavalier use” of prepositions. (Thanks to Lynne Murphy for the link.)

And just for fun: 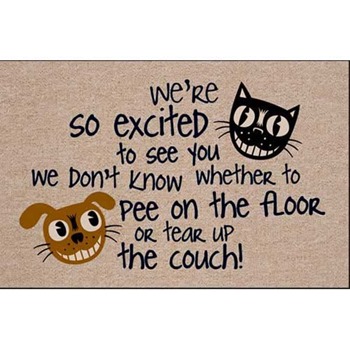 “We’re So Excited” doormat via Amazon. 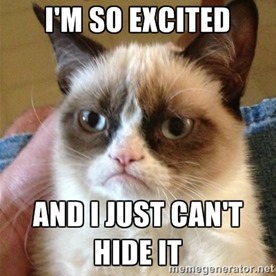 Original version of the song.

“Glee” version of the song.