Birthright citizenship. The automatic right of anyone born within the United States to claim citizenship was affirmed in the Fourteenth Amendment to the Constitution, which was ratified in 1868 to grant privileges and immunities to freed slaves. It became a hot topic this year among candidates for the 2016 presidential nomination scrambling to strike the most effective tone on immigration. New Jersey Governor Chris Christie said birthright citizenship “needs to be re-examined,” and 63 percent of Donald Trump’s supporters say they “wished to end birthright citizenship for the children of illegal immigrants born on U.S. soil—a dozen points higher than the norm for all Republicans.

Dad bod. A physique “characterized by undefined muscles beneath a light layer of flab,” according to New York magazine’s The Cut blog. The coinage (sometimes spelled dadbod) surged in popularity after a Clemson University sophomore used it in an article in late March.

Deflategate. This catchy coinage – one of a zillion scandal-related -gate words since Watergate – arose after the AFC Championship game in January between the New England Patriots and Indianapolis Colts, which the Patriots won. It was alleged that 11 of the 12 footballs used by the Patriots were inflated to less than NFL specifications. In May, Patriots star quarterback Tom Brady was suspended for part of the 2015 season for his alleged role in the controversy. Deflategate is alternately known as Ballghazi, a reference to the 2012 terrorist attack on a U.S. diplomatic compound in Benghazi, Libya.

Ghosting. “Ending a romantic relationship by cutting off all contact and ignoring the former partner’s attempts to reach out” – New York Times, June 26, 2015. The word had been documented on Urban Dictionary as early as 2006, but gained traction this year when it was reported that actress Charlize Theron broke her engagement with actor Sean Penn by “ghosting” him.

Jiggery-pokery. Deceitful or dishonest manipulation. Used by U.S. Supreme Court Justice Antonin Scalia in his dissent in King v. Burwell, which allowed the Affordable Care Act to stand. Scalia has a penchant for quaint synonyms for “nonsense”: he has also used applesauce, argle-bargle, and mummeries.

Left shark. The halftime show at Super Bowl XLIX featured singer Katy Perry flanked by two dancers in shark costumes. “The sharks were supposed to have been decorative dancers—marine eye candy to our star,” wrote William Germano in the Lingua Franca blog. “But the shark on the viewer’s left seems not to have had the moves down pat. … The concept of left sharking was born.”

Measles party. “Purposeful gatherings during which uninfected children are intentionally exposed to measles in a bid to sicken them” and “build up their immunity” (source: Snopes). Stories about measles parties began proliferating in February, especially in California, but follow-up reports found little evidence of them. Measles was once a very common childhood disease; it has a 90 percent infection rate among those who are exposed to the virus, and can cause blindness and even death. A measles vaccine, introduced in 1963, led to the elimination of ongoing measles transmission in the U.S., but new cases continue to be imported via foreign travel, abetted by an information-resistant anti-vaccination movement. 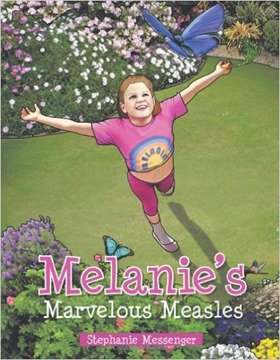 Microaggression. An everyday slight, snub, or insult that communicates hostile or negative messages to members of marginalized groups; usually the speaker is unaware of the offense. The word was coined in 1970 by Chester M. Pierce, a psychiatrist and Harvard professor; it became part of the national conversation this year when students on many college campuses – Yale, the University of Missouri, Oberlin, and others – staged protests in which “microaggressions” were frequently cited. (Related: safe space. See below.)

Mx. A gender-neutral alternative to Mr., Mrs., or Ms. Pronounced mix, it first appeared in print in 1977, and was added to the Oxford Dictionaries in May 2015.

Netflix and chill. Euphemism for having casual sex. According to a story published in Fusion on August 27, the phrase first appeared in 2007 with an innocuous meaning – “watch a Netflix movie and relax”; the innuendo didn’t arrive until the summer of 2014, and by March 2015 had achieved “official catchphrase status.” In July, the Netflix Twitter account winkingly appropriated the expression.

Netflix and chill? No, really. pic.twitter.com/ezcZ7V0peN

Poor door. A separate entrance in a housing development for residents living in less-expensive apartments. Coined in 2013 by New York City’s West Side Rag, the term made national headlines when, in June, New York banned them.

Refugee. More than a million displaced people streamed into Europe in 2015, mostly from the Middle East and Africa, and the choice of refugee to describe them was at times almost as fraught as the crisis itself.  Legally, according to UNHCR, the United Nations’ refugee agency, “refugees are persons fleeing armed conflict or persecution.” But as Ben Zimmer wrote in his Wall Street Journal language column, “[t]o avoid the legal implications, some news outlets have opted for the more general label of ‘migrant,’ ‘an umbrella term that also accurately reflects that these are people on the move’,” according to NPR ombudsman Elizabeth Jensen. But, wrote Zimmer, “others find ‘migrant’ inadequate or even offensive.”

Safe space. A place, especially in an educational institution, where violence, bullying, and hostile language – especially of a racial or sexual nature – are not tolerated. The term originated in the women’s movement in the 1970s and was prominent this year in numerous campus controversies involving ideas students found unwelcome. (Related: see microaggression, above.) In October, safe space was mocked in a “South Park” musical number.

Schlonged. It was a year of salty language among presidential contenders, but Donald Trump grabbed the most attention (as is his wont) by using a Yiddishism during a talk in Grand Rapids, Michigan: “[Hillary Clinton] was favored to win [in 2008] and she got schlonged.” Schlong is a vulgar noun meaning “penis,” but the verbified version has appeared for decades in political contexts as a synonym for “beaten badly.” The brouhaha evolved overnight into what Talking Points Memo’s Josh Marshall called “a full-fledged schlong truth movement.”

-shaming. A productive suffix that this year brought us drought shaming and prayer shaming.

Sharing economy. An evolving cultural phenomenon that comprises cash-rich companies like Uber, Lyft, and Airbnb and the cash-chasing independent contractors trying to benefit from the bonanza. The companies share much of the risk, but little of the profits, with “permalancers.” Sometimes known as 1099 economy (after the tax form mailed to freelancers), Uber economy (after the ride-“sharing” service), gig economy, and peer-to-peer economy. At an event I attended in San Francisco this autumn, an audience member said he called it the “shearing” economy “because the workers are getting fleeced.”

Shipping. Imagining relationships between two fictional characters from a show, movie, or book series. As linguist Gretchen McCulloch put it, it’s “that feeling when you want a couple fictional characters to smush their faces against each other and never let go.” Shipping (from “relationshipping”) has flourished for years among specific fan groups; it entered the national consciousness thanks to an article by Jenna Wortham in the New York Times Sunday Magazine in February.

Thug. In April, President Obama called rioters in Baltimore “thugs” – and later defended his use of the word, which comes from Hindi and Marathi thag and originally meant “a member of a gang of murderers and robbers in India who strangled their victims.” Since the 1830s it’s also meant “ruffian”; and since the 1990s, the heyday of rapper Tupac Shakur and his band Thug Life, it’s acquired a racially charged meaning.

Unicorn. An early-stage company – usually but not always in the technology sector – whose valuation has surpassed $1 billion. The label was coined by Aileen Lee, a venture capitalist, who wrote in November 2013 about “the Unicorn Club,” borrowing the name of a mythical one-horned beast, presumably because the companies she described were rare. Media mentions soared in 2015, as 70 startups joined the club. In Canada, by the way, the term for such a company is narwhal: like the unicorn, this creature has a a single hornlike protuberance; unlike unicorns, narwhals actually exist. And a failed unicorn? It’s a unicorpse.

Feel free to add your own nominations for Word of the Year in the comments!

I really thought "shipping" (which, I am told, is a truncation of "relationshipping") had been around longer than that. Then again, having actually engaged in this practice myself, I am perhaps the wrong person to make this observation.

CGHill: Dang, I had "relationshipping" in an early draft but now see that I dropped it. I just reinserted it. Thanks!