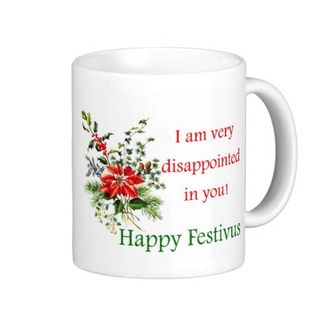 My new column for the Visual Thesaurus is a year-end list of the most interesting and significant brand names of 2015 – not necessarily the coolest or the richest, but the newsiest and most onomastically compelling ... in my estimation, anyway.

Access is restricted to subscribers, UPDATE: No longer paywalled! (But buy a subscription anyway.)

Corinthian Colleges. The bankruptcy filing of Corinthian Colleges, in April, marked the largest shutdown of a for-profit college in U.S. history, and it called into question the practices of for-profit higher education generally. Sixteen thousand students were “displaced,” as official reports put it. (One hundred of the students petitioned the federal government to forgive their student debt.) Corinthian — an adjective meaning “of Corinth,” a city of fabled wealth in ancient Greece – has had many figurative meanings in English since the 16th century, including “elegantly or elaborately ornate” and, as a noun, “a luxury-loving person.” Corinthian columns are heavily decorated with acanthus leaves; in Christianity, Corinthians is the name of two chapters of the New Testament. (And currants derive their name from “raisins of Corinth.”) Corinthian leather was coined in 1974 by a copywriter at the advertising agency responsible for marketing Chrysler luxury vehicles; most of the leather came from a factory in much more prosaic Newark, New Jersey.

Previously: Notable brands of 2014 (and scroll down for links to past years’ lists).

Into the final weeks of 2015 with one final link roundup!

Lucy Kellaway, who writes about language and writing for the Financial Times, has created Guffipedia, “a repository for the worst jargon I’ve seen over the years.” All the devils are here: onboard more resource, flex-pon-sive, diverse hairdos, etc. ad nauseam. “The point of Guffipedia,” writes Kellaway, “is not just for you to admire the extent of my guff collection, but to help me curate it going forward, as they say in Guffish.” Good point of entry: the many Guffish euphemisms for you’re fired. (Hat tip: Molly Walker.)

To Name a Hawk

Helen Macdonald’s extraordinary memoir, H Is for Hawk, is on nearly every best-books-of-2015 list, and for good reason. I’m not generally a memoir fan myself, but I picked up the audiobook at my local library and have been listening to it, enthralled, for the last week. The audio version is read by Macdonald herself; most authors aren’t very good audiobook narrators, but Macdonald is a brilliant exception: her reading is rich, supple, expressive, and perfectly paced, and she makes tiny but effective modulations from her native British accent to portray the characters in the book.

Continue reading "To Name a Hawk" »