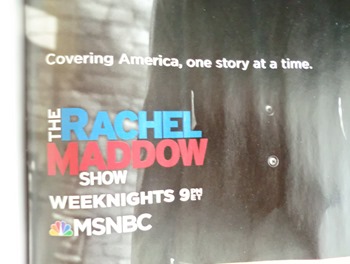 An ad in The New Yorker for the Rachel Maddow Show: “Covering America, one story at a time.” 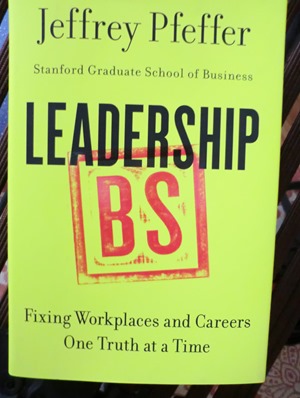 Leadership BS: Fixing Workplaces and Careers One Truth at a Time, by Jeffrey Pfeffer. A useful and interesting book about the hype and self-serving stories that constitute what passes for “leadership training.” 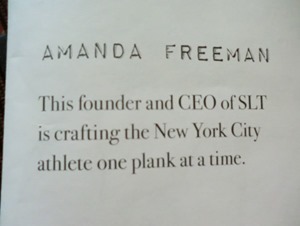 “…crafting the New York City athlete one plank at a time.” (Presumably not a two-by-four cedar plank, nor the planking fad of a few years back, but the core-strengthening plank exercise.) Seen in this season’s 36-page print catalog for pricey jeans-maker DL1961; Amanda Freeman is an exemplar of what the company calls “DLTribe (noun): A group of distinctive individuals spreading the message of how to move through life in a way that is unapologetically authentic to one’s self but still always focused on the empowerment and development of the tribe.” Got that? (And aren’t you glad they told you that “DLTribe” is a noun? ) 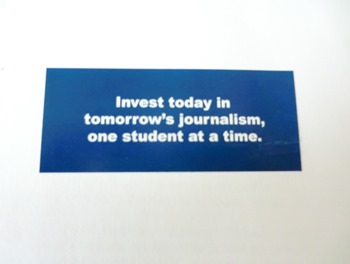 “Invest today in tomorrow’s journalism, one student at a time.” Weakly worded call to action on a fundraising letter from the UC Berkeley Graduate School of Journalism. I might have written a check to the school – my alma mater – if the statement had been more coherent, with fewer needless words and less reliance on clichés. 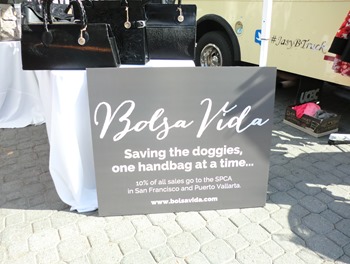 “Saving the doggies, one handbag at a time…” Handbags from Bolsa Vida (“purse life,” or maybe “life purse”), seen at an open-air market in Jack London Square, Oakland.

Here’s my theory about the “one X at a time” formula: it’s the direct descendant of the famous Alcoholics Anonymous directive to stay sober “one day at a time.”

“One day at a time” teddy-bear medallion from Sober Camel.

Like “First Things First” and “Easy Does It,” “One Day at a Time” has been associated with AA for decades. The official AA website acknowledges the organization’s role in popularizing “one day at time,” but doesn’t give a precise origin. Pass It On, a biography of AA founder Bill W., offers this passage:

Some ‘A.A. saws’ were also used as long ago as the late 1930s: ‘First Things First,’ ‘Easy Does It,’ ‘Live and Let Live.’  Because these appear in the first edition of the Big Book (at the end of the chapter on ‘The Family Afterward’), it’s probable that the use of the slogans originated with Bill and that he brought them with him from Vermont – old saws with new teeth.

The influence of AA on the general culture – not just alcoholics and sober alcoholics but people who never touch the stuff – is hard to overstate. In addition to the reassuring platitudes, AA helped spread share as a synonym for say. (See my April 2015 column for the Visual Thesaurus, “Thanks for Sharing,” for more on this subject.) AA also probably played a role in popularizing the awarding of tokens for small achievements, now duplicated at every T-ball tournament and middle-school graduation.

“One Day at a Time” was also the title of an American sitcom, created by Norman Lear, that ran for nine seasons, from 1975 to 1984. If you hadn’t heard the phrase before the show went on the air, and especially if you were of an impressionable age during its long dominion, you were unquestionably imprinted with its bland, inarguable truthiness by the time you were ready to, say, start a slogan-writing career of your own.

Posted at 06:49 AM in Advertising, Books, Fashion, One X at a Time, Redundancy, Sloganclones, Slogans and Taglines, Snowclones, Television | Permalink