« Word of the Week: Turketta | Main | In the Wild: Adjective Noun Is Adjective »

Published in February 2015, but newly relevant in light of last week’s terror attacks in Paris: Why is Daesh, the new name for ISIS, so hard to understand?

Bursar, manumission, henchman, and other words from the lyrics of the mega-hit Broadway show Hamilton. Don’t miss the link to Genius.com, where aficionados contribute annotations to this show’s (and many others’) lyrics.

1. Huh 2. "Swggr" is literally the all time most garbage name for an app ever https://t.co/LZV4uXbISy

New to me: Between the Lines with Edwin Battistella, an Oxford University Press Blog column that covers a a wide variety of language-related topics, from how to solve an anagram to how to write a compelling book review.

“We offer customized solutions for growth because our business is your business!” Jason Fox on the language of brand irrelevance. 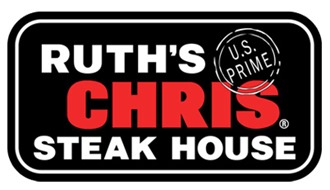 “Whose steakhouse is it anyway?”

Linguist Gretchen McCulloch on what four new snowclones like “X-ers Gonna X” have in common.

One of these small businesses—possibly Chubbies shorts or Death Wish coffee – will win a free ad during next February’s Super Bowl broadcast.

Two trademark lawyers consider the Washington Redskins’ latest legal move, an appeal of the cancellation of their “disparaging” team name. (I wrote about the issue here.) The team’s brief, writes Alexandra J. Roberts for Fortune, “rattles off a list of the most scandalous, immoral, and disparaging registered trademarks it could dig up.” The “bawdy brief,” Roberts contends, “was part of a calculated strategy to highlight the hypocrisy of allowing some offensive trademarks while refusing others.” Writing for Duets Blog, Jessica Gutierrez Alm sees a distinction between the “scandalous” marks listed in the brief and a “disparaging” mark like REDSKINS, and concludes: “It may be an easier task to register a potentially scandalous mark than a potentially disparaging mark.”

Speaking of scandalous brands, here’s trademark lawyer Anne Gilson LaLonde, a new contributor to the Strong Language blog, on testicular brand names, some of which have trademark protection: “NUTSACK is registered for laundry detergent, NUTSAC is registered for a variety of types of bags, and KNUTTSAK is registered for underwear.” My favorite example is egotestïcle – love that umlaut! – a registered trademark for T-shirts.

Why your tagline should be short and snappy and your slogan long and memorable. (Hat tip: The Name Inspector.)

And speaking of Strong Language, I’m a contributor too. Here’s my recent post on #FuckCancer – the hashtag, the disputed trademark, the movement, the merch. And if you like that sort of thing, check out my latest batch of sweary links.

Reminder: this is quite possibly the best GIF on the internet. pic.twitter.com/5tcFz8XZz2

More on the “artisan” juggernaut here.