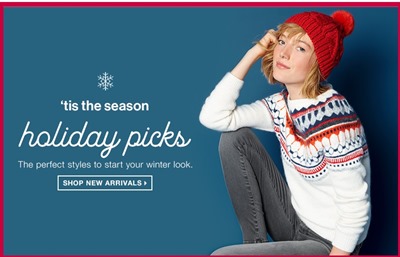 Marine Layer, an aggressively casual* clothing company based in San Francisco, must really love this archaism: It ’tisses twice in its holiday catalog. 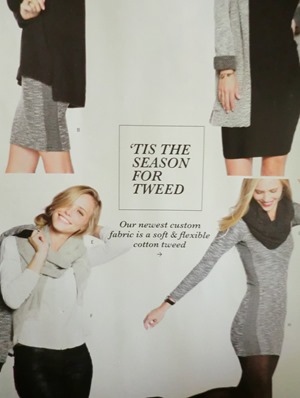 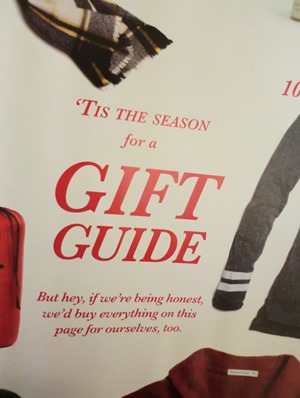 Page 34. And hey, if we’re being honest, that’s another backward apostrophe.

’Tis the season to be dazzled at Disneyland. Or is it ‘Tisneyland? 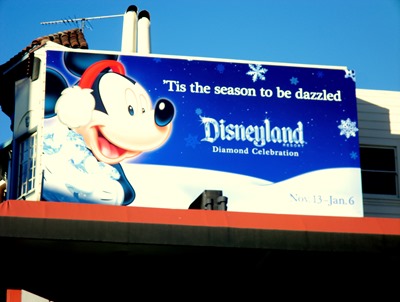 And here is your annual reminder about holiday clichés from Baltimore Sun night editor John McIntyre:

Not in advertising copy, either. (In my dreams.)

Previously in the ’Tis Files.

* From the Our Story page: “We opened up our first store about a year later and then bought this old bus to move our shirts from Xiao’s to the store. Since then we’ve gotten a bunch of friends to quit their real jobs and help us make some more shirts and open up a few more stores in some places we like to visit. Except for Burlingame. We opened a shop there and closed that shit down fast.”

...
I know I'm a rant-prone hyper-critical linguist but stuff like this JUST. MAKES. ME. WANT. TO. SCREAM.