« Name in the News: Karma Automotive | Main | Hella to Pay » 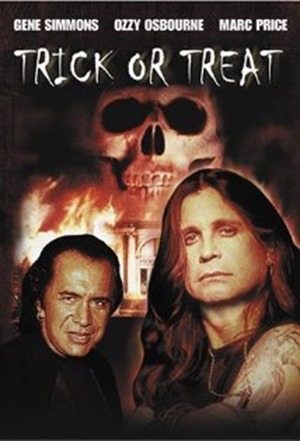 The custom of dressing in costume and begging for treats at Halloween is probably centuries old, but the “trick or treat” formula dates back only to the late 1920s, according to Allan Metcalf*, author of a new book on generational slang, From Skedaddle to Selfie: Words of the Generations (Oxford University Press).** The earliest evidence of the phrase, Metcalf writes, is from the western United States and Canada. He cites a 1927 article in a newspaper in Lethbridge, southern Alberta (near the Montana border), which reported that in the little town of Blackie the youthful tormentors were at back door and front demanding edible plunder by the word ‘trick or treat’ to which the inmates gladly responded and sent the robbers away rejoicing.” (UPDATE: The Lethbridge account was originally documented by Barry Popik in on the American Dialect Society listserv in 2007, and in his Big Apple blog in 2008.)

Metcalf found similar “trick or treat” citations in newspapers in the western U.S.: Portland, Oregon, in 1934; Porter County, Indiana, in 1937; Reno, Nevada, and Centralia, Washington, in 1939:

What had they been saying before “trick or treat”? Well, “Shell out!” was one demand, dating back at least to the early 19th century in conversation. … But “trick or treat” had the advantage of being more polite, more poetic, and more politic.

By the 1940s, Metcalf reports, the term had spread across North America. The 1942 annual report of the Brach’s candy company (founded in Chicago in 1904) boasted: “As one of the three biggest candy occasions of the year, Halloween found Brach’s ready with a full line for the Trick or Treat set.”

* Metcalf is also the author of OK: The Improbable History of America’s Greatest Word, which I wrote about in 2010.

** According to the publisher’s blurb, From Skedaddle to Selfie is “the first book to offer an explanation for the spread of the f-word by the Boomer generation.” You can read all about it in the Strong Language blog.

Posted at 06:32 AM in Books, History, Holidays, Word of the Week | Permalink

I remember when I was a small child (single digits) trick-or-treating was done on the night BEFORE Halloween, and it was called "Beggar's Night." I'm not sure if that was nationwide or restricted to a particular region, and I can't remember when it stopped being that way and everyone started trick-or-treating on Halloween itself. Can anyone validate this, or am I getting so old that I am making things up?

Bob: I'd never heard of "Beggars' Night," but there's a Wikipedia entry: https://en.wikipedia.org/wiki/Beggars_Night
It's celebrated Oct. 30, and seems to be limited to a few regions -- Ohio and upstate New York, mostly.