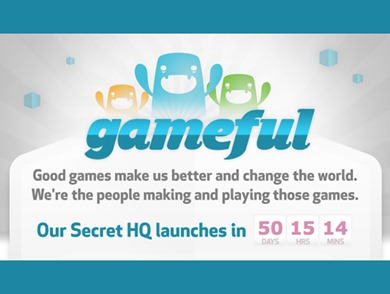 McGonigal’s new book, SuperBetter, has the breathless subtitle “A Revolutionary Approach to Getting Stronger, Happier, Braver and More Resilient—Powered by the Science of Games.” In it, she offers seven principles for “living gamefully,” from “Challenge yourself” to “Go for an epic win.” She writes in the introduction: “You will hear stories from people who have adopted a gameful mindset to find a better job, have a more satisfying love life, run a marathon, start their own company, and simply enjoy life more.”

A review of SuperBetterby Nathan Heller in the September 14 issue of the New Yorker is skeptical about some of the method’s assumptions and techniques:

What we’re doing, when we imagine real tasks as quests, is tuning out. Rather than moving through the world, attentive to its logic and form, we’re following a story created by someone else. A gamefully minded person can find life models in “any heroic narrative, real or fictional—film, comics, TV, mythology, video games, literature, history, religion, social activism, or sports,” McGonigal writes. (In other words, find a story in the media and emulate it.) Her own favorite examples seem to come via the multiplex; she cites Mulan, Rocky Balboa, and Katniss Everdeen. But what about Inspector Clouseau? Kids look to superhero stories as beacons in a world they’re ill equipped to understand. Adults, probably, can manage more.

McGonigal used gameful in a 2011 book, Reality Is Broken, in which she said that “to be a truly gameful person” meant “to act like a gamer.” The word had already been in circulation in a similar context since at least May 2009, when an Urban Dictionary entry contributed by “avantgame” gave this definition: “Having a gamer’s mindset or attitude. Like playful, but more oriented toward achieving goals, trying out different strategies, and taking on new challenges.”

But gameful isn’t a 21st-century neologism: the word has been with us – with differing connotations – since the early 1200s, according to the OED. For many centuries it meant “full of pleasure or enjoyment,” and, a little later (and longer), “playful, sportive, light-hearted, jesting, humorous.” (A citation from 1824: “The boy thought himself equally entitled to some gameful relaxation, and required little invitation to..join in the hazardous amusements around him.”) It also had associations with hunting (gameful parks were full of hares and pheasants). Yet another meaning, seen as recently as 2009, is “valiant” or “plucky.” A 1992 citation illustrates the latter meaning: “According to its (few) supporters, RHM's management has struggled gamefully under difficult circumstances.”

Related: ludology (the science of games).

Posted at 05:28 AM in Games, Neologisms, Suffixes, Word of the Week | Permalink