Twitter CEO Jack Dorsey announced the layoffs of more than 300 people in a memo that he promised wouldn’t be “riddled with corporate speak.” Close, but no cigar, writes Gideon Lichfield, who helpfully edited out the jargon and the B.S. (“go to great lengths to to take care of each individual by providing generous exit packages” becomes “pay them decent severance”). 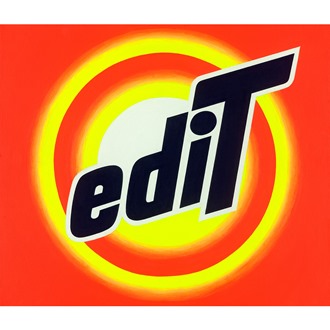 “Turn the Tide,” a “logoplay painting” by artist, designer, and Drexel University typography professor John Langdon. I wrote about Langdon’s work with ambigrams in 2009.

Solastalgia, litheracy, neopangea, are among the neologisms submitted to The Bureau of Linguistical Reality: A Dictionary for the Future Present. The bureau is “a public participatory artwork by Heidi Quante and Alicia Escott focused on creating new language as an innovative way to better understand our rapidly changing world due to manmade climate change and other Anthropocenic events.” (Via @operativewords)

Dronevertising, inculator, and eight other new words you need to know in Silicon Valley.

Two famous typographers have been in the news lately. Margaret Calvert, who 50 years ago partnered with Jock Kinneir to create Britain’s distinctive road signs, is the focus of a show at London’s Design Museum; the Guardian’s Homa Khaleeli interviewed her about her work. And Adrian Frutiger, the Swiss designer who created the font that bears his name (and about 40 others), died September 10 at age 87. His personal life was filled with seemingly unendurable tragedy, but his work, as the peerless obituary writer Margalit Fox tells us, became ubiquitous and indispensable. 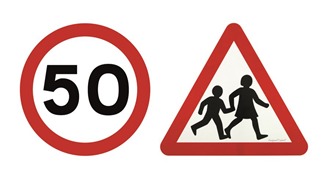 What makes a logo memorable? A new survey by global branding agency Siegel+Gale found that clarity and simplicity are the most valued characteristics in logos; illustrative custom wordmarks are associated with fun and trendiness, while organic shapes communicate warmth, friendliness, and innovation. The survey also found, unsurprisingly, a strong “familiarity bias”—a much greater tendency to assign positive attributes to familiar logos. (You may remember this phenomenon as the Zajonc Effect.) Log in to download the full (free) report, or read a summary at Adweek.

Are you tempted to give your company a three-letter-initial name? Resist that temptation, says Killian Branding. Hear, hear.

Like many startups, a Seattle shopping business (target market: mothers of young children) had trouble finding a name. Luckily, this company got professional help in the person of Chris Johnson, aka The Name Inspector, who steered them toward a distinctive name: Zulily. In August 2015, five years after Zulily’s launch, QVC acquired the site for $2.5 billion. Read about how the name was created and why it succeeded.

Finally, it has been brought to my attention that this blog suffers from Insufficient Kitten Syndrome. I apologize, and as an act of atonement present to you the irresistible – and smart – “Kitten Kollege” campaign (kampaign?) from Whiskas U.K. Not only does it have an excellent tagline – “Long Live Curiosity” – but, as AdFreak points out, it introduces the perfect euphemism for “lazy”: “differently engaged.”

Your "mortician" item reminds me that, in Dylan Thomas' fictional Welsh village of Milk Wood, many people are known by their profession: the baker is Dai Bread, the church organist is Organ Morgan, and the undertaker is Evans the Death.