When I first encountered the Twitter account @mymomsmole, about a week ago, my reaction was swift and sympathetic.

“I sure hope she’s seeing a dermatologist,” I said to myself.

That’s because I was thinking of this mole: 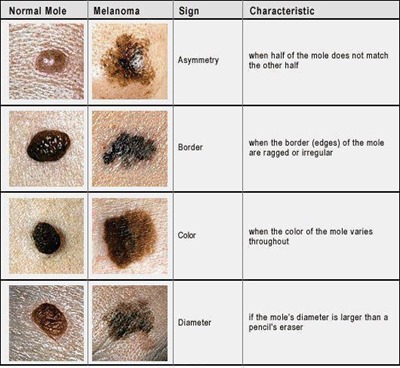 Instead of this one: 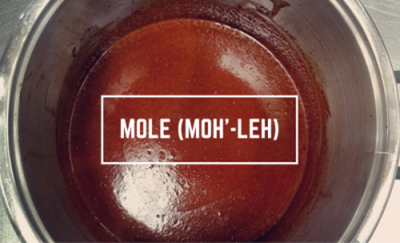 Via My Mom’s Mole.

The mole pictured directly above is the classic Mexican sauce, a specialty of the state of Puebla. The name was imported into Spanish from Nahuatl molli and is pronounced with two syllables, MOH-lay.

The dermatological mole—a spot or blemish—was originally mal in Old English, and has referred to dark spots on skin since the 14th century. 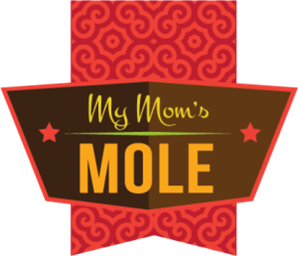 My Mom’s Mole is based in Watsonville, on California’s Central Coast; it was launched in 2013 by Cesario Ruiz, a native of Guanajuato, Mexico:

It was at the age of 11 that he asked his mother to let him cook a meal for the entire family (he has eight siblings!). With mom’s guidance and support, he was able to accomplish his goal. His passion for cooking was just getting started.

It’s a good thing this story is so winning, because the My Mom’s Mole name needs a backstory to cut through the potential confusion. The problem is that possessive noun—and no, an acute accent over the e wouldn’t solve the problem, because in Spanish, accents indicate stress, not pronunciation. (There’s an accent in olé to mark the irregular stress on the second syllable; the regular pattern in Spanish is for the stress to fall on the penultimate syllable.)

And in English there are many other moles, each with a distinct etymology. 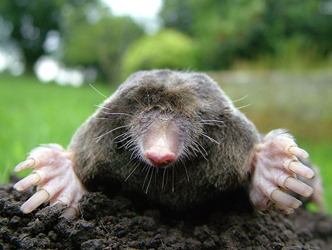 The animal may derive its name from Middle English moldwarp, literally “earth thrower.” The Latin name, Talpa europea, is reflected in French taupe (yes, it’s a color name as well) and Spanish and Italian topo. (Topo means mouse in Italian.)

The counterspy sense of “mole”—someone who burrows into an organization—was first documented in print in a 1974 novel by John le Carré, but probably had been in use for decades. 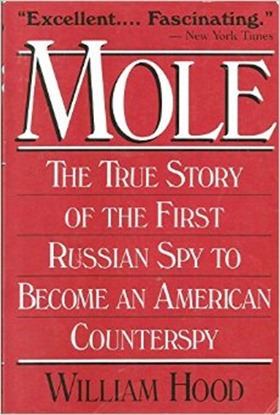 Mole can also denote a massive structure that serves as a pier or breakwater; the origin here is Middle French mole, “a large stone.” Or it can mean a scientific unit representing an amount of a substance that contains 6.0221 x 1023 elementary particles (Avogadro’s number). This mole was coined from German Molekulargewicht (molecular weight) in 1902.

None of these moles are related to molars, the teeth used for grinding. That word comes from Latin molāris, “belonging to a mill or grinder.” The Latin provenance shows up in French moulin (windmill) and in the Mouli grater, a genericized French brand name. (The manufacturer is Moulinex.) 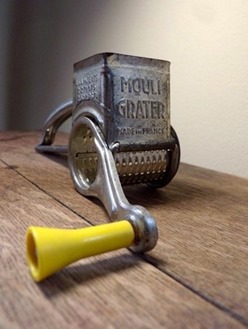 Can your mom make a mole using a Mouli? Possibly, but the traditional method calls for a mortar and pestle.

Posted at 06:16 AM in Animals, Confusion, Etymology, Food and Drink, Medicine, Naming | Permalink

My Mexican grandmother used a mortar and pestle made from volcanic rock, which was called "molcajete." It took me a long time to figure that one out.

I live in California and enjoy mexican cuisine. If had not seen your image of the skin affliction, I would have thought of the mexican condiment. But I saw the photo, and agree! The market is limited on this one. Oops.