Can We Popcorn, Too?

Gee, it seems like only last week that I brought you tidings of “family” and “museum” being used as verbs. Hang on – it was last week! And now I can make it a trifecta: the cable network TCM (Turner Classic Movies) has launched a new ad campaign that verbifies “movie.” 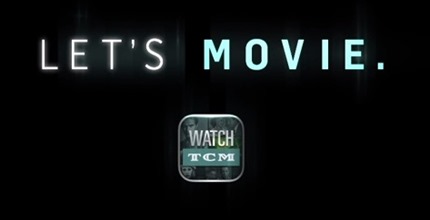 A new brand campaign for Turner Classic Movies not only puts the emphasis on movies, but turns the word into a verb.

With the slogan “Let’s Movie,” the channel is urging people who love movies—not just the classics—to tune in.

Watch the 60-second spot, which contrary to the mission statement does in fact spotlight classic movies like Casablanca and Ben-Hur, and whose narrator coos, “Let’s live. Let’s love. Let’s go. Let’s movie!”

And mark your calendars: September 19 is Let’s Movie Day. “Hopefully that will get a little buzz,” TCM general manager Jennifer Dorian told B&C, a little plaintively.

By the way, “Let’s Movie” is not to be confused with “Let’s Move,” which is First Lady Michelle Obama’s campaign to reduce childhood obesity.

Posted at 07:30 AM in Anthimeria, Slogans and Taglines, Television | Permalink

Ah, cummon. Its 2 Sept already and nothing about the new Google yet?

@aka_darrell: It's only a new logo, not a new Google! And I'm not a design critic. If they'd changed their name I would have blogged about it.