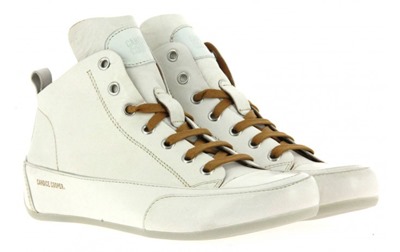 Candice Cooper is an upscale German shoe brand (and the company name is a mystery, too: the owners are Kerstin Honrath and Christoph Siegel). The shoes are made in Italy. The style name is the manufacturer’s, not the retailer’s.

It’s new; it’s big; it’s in Culver City, California. The restaurant critic for L.A. Weekly, Besha Rodell, is as mystified as I am by the threatening name:

What kind of a name is that? [Chef Brian] Dunsmoor and his crew … admittedly are into weird restaurant names. The Ladies’ Gunboat Society was named, for some unknown reason, for a group of women who raised money for the Confederacy. Even if the connotations of Hatchet Hall are, when it comes down to it, a little less unsavory, there’s still no real positive association with the word “hatchet.” 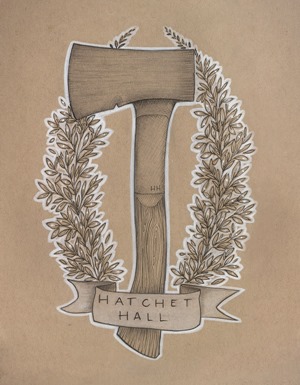 Also mystifying: Hatchet Hall’s wine list, which Rodell calls “some kind of Dadaist wine performance art” and also, in a separate review, “cruel and maddening” and “a hostile document”: “Wines on the list are grouped not by style or region or varietal, or even by such fuddy-duddy designations as ‘white’ and ‘red,’ but rather by what looks like random first names: Jerome, Michael, Heather.” 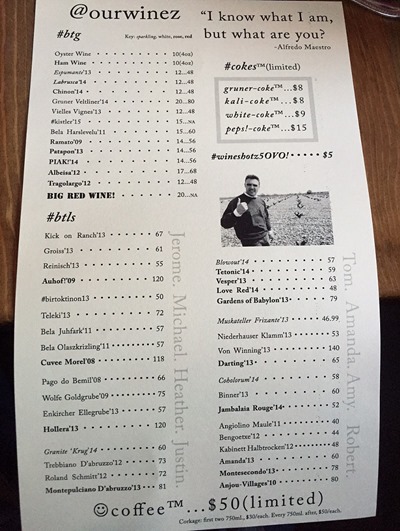 IOilllOOX? No, Billbox. They’re based in Zurich; they do digital invoice management.

Maybe this was a desperate attempt to stand out from the other Billboxes that do more or less the same thing: BillBox Online in Singapore (“paperless invoice management”); BillBoxEtc. in Mumbai (“global 360 degree bill paying services”); BillBoxIt.com (“sharing bills made easy”; headquarters unknown). There’s also a Billbox Records in Brazil. Not to mention all the other “box” brands (I’ve collected 72 of them on a Pinterest board).

4. All those hot sauce brands with “ass” in their names.

I wandered into Pepper Palace on San Francisco’s Fisherman’s Wharf and was, well, ass-tounded. “Kickass,” “Ass Kickin’,” and “Kick Yo Ass” are punchy, if nondistinctive. And points to “Whoop Ass” for cute packaging. But “Brand New Asshole”? “Ass Blaster”? “Assplosion”? “Megasoreass”? “Dumb Ass”? “Smart Ass”? “Ass in the Tub”? “Ass in Hell”? “Ass in Space”?

For variety, you can pick up a bottle of Sphincter Shrinker or Rectum? Damn Near Killed ’Em!

Talk about a race to the bottom.

Posted at 08:00 AM in Ass, Design, Food and Drink, Naming, Restaurants, Shoes | Permalink

Sooo, I guess the Billbox thing is trying to look like zeroes and ones -- okay. I guess.
But I am well baffled by Tampon and Hatchet Hall. Sometimes it seems like it's a Thing to make everything super complicated. Are consumers supposed to enjoy the feeling that the seller is smug and thinks they're smarter than they are??

I know "tampon" actually means "stamp" in French - does it have a similar innocuous meaning in German or Italian? Still, someone did not run that name by a native English speaker.

SamC: The French verb "tamponner" means to stamp, but with a seal or stamp, not with a foot. The German meaning of "tampon" is identical to the English meaning. Definitely an ill-chosen name.