Name in the News: Addyi

Earlier this week, Sprout Pharmaceuticals announced that the U.S. Food and Drug Administration had granted approval of Addyi (pronounced “ADD-ee,” as though the “i” weren’t there), a once-daily, non-hormonal pill for the treatment of low sexual desire in premenopausal women. The prescription drug, whose generic name is flibanserin (fly-BAN-ser-in), will go on sale October 17, 2015.

Other reporters have commented on the medical and business aspects of the announcement. Even The Onion, America’s finest news source, has weighed in. I’m here to talk about the Addyi name—its spelling, its pronunciation, and its brand qualities. From the Addyi home page: “meet addyi | the first of her kind.” Yes, her, not its. And is that an acute accent over the i in Addyi, or just a bit of pink garnish? 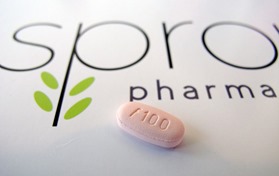 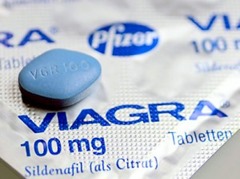 Pink is for girls. Blue is for boys. The toll-free phone number for information about Addyi is 844-PINK-PILL.

Per the prescribed (so to speak) pronunciation, Addyi could be a female name, or nickname. 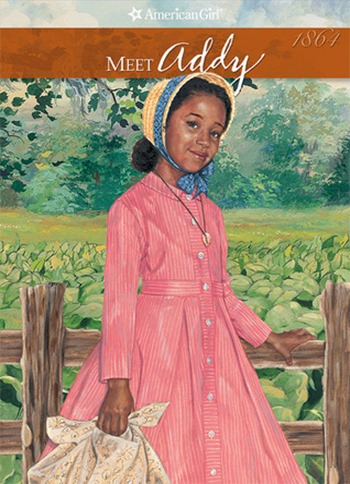 Meet Addy, an American Girl book published in 1993. She likes pink, too.

My emailed query to Sprout about the Addyi name has so far gone unanswered, and I have no inside line on the company’s naming strategy. So my comments here are based partially on conjecture and partly on what I know about pharmaceutical brand naming in general.

All brand naming is challenging, but pharmaceutical brand naming – in the U.S., anyway – may be the toughest specialty of all. That’s because in addition to winning trademark approval from the U.S. Patent and Trademark Office (USPTO), the names of prescription drugs must also be approved by the U.S. Food and Drug Administration (FDA)*. Both agencies concern themselves with the possibility of names causing consumer confusion, but with the FDA the stakes are much higher, because confusion between drug brands—say, Losec and Lasix—can lead to serious medical consequences, and even death. In addition, drug brand names cannot “imply a dosage, imply efficacy, or suggestion unapproved indications.” (My source here is Medscape. A 2013 article in Slate, “With a Name Like Xalkori,” is also enlightening.)

So while a branding consultant might want to call a female-libido-enhancing drug “Desirée” or “Satisfii,” the FDA is unlikely to allow it.

Addyi, on the other hand, passed the bar. Here are some of its strengths:

But – let’s admit it – the name is also a little peculiar. Its drawbacks:

Granted, there are plenty of concerns about Addyi that even a name change wouldn’t fix. For starters, it has to be taken every single day, not just as the occasion demands. If you take it, you must abstain from alcohol (and also grapefruit juice – no Greyhounds for you!). In clinical trials, only between 8 percent and 13 percent of women experienced “much improved” sexual desire. The FDA twice rejected the drug, “citing what it termed marginal effectiveness and troubling side effects, including nausea, dizziness and sleepiness in addition to low blood pressure and fainting.” It may be a coincidence, but the agency’s reversal followed a public lobbying campaign – underwritten in part by Sprout Pharmaceuticals – that accused the FDA of ignoring women’s health concerns. (The campaign, which is still alive, is called Even the Score, a name I can’t warm up to. Are we really keeping score?)

Although Addyi is being called “female Viagra,” the two drugs work in completely different ways, and the comparison is not helpful. “While Viagra’s focus is mainly physiological—the drug increases blood flow to the penis—flibanserin is about adjusting one’s neurochemical balances in order to affect sexual desire, a much trickier feat,” Lily Kuo wrote in Quartz.

And Viagra, it has to be said, is a far stronger brand name, with a transparent pronunciation and positive sonic/semantic associations: vitamin, virility, vitality, viable, Niagara, gratitude.

The acquisition of Sprout by Valeant, which is based in Quebec, may portend changes in the way Addyi is marketed, although a name change is probably unlikely. At the very least, we can hope for some professional editing to fix Sprout’s clumsy writing, exemplified by this sentence on the home page:

Led by a woman dedicated to this first for women, our CEO, Cindy Whitehead, and the work of the committed Sprout team has been featured on news outlets including ABC 20/20, Yahoo! News with Katie Couric, Good Morning America, Nightline, Huffington Post, and CBS This Morning.

Let’s see: dangling modifier, subject-verb disagreement, and general ambiguity (“led by a woman dedicated to this first for women”). I’d settle for even an 8 percent improvement in reading satisfaction.

UPDATE: I received an email from Julia Cohen (no title or job description) at Edelman, the global public-relations agency, in response to my query about the Addyi name:

As with the naming for all pharmaceutical drugs, we underwent an individualized process to name Addyi, taking into account important criteria that was [sic] relevant to the product and our brand. The name Addyi was thoroughly vetted with the FDA and has been approved by the Agency for use. We chose this unique name and spelling to represent the utility of the treatment and essence of the brand. It represents the individuality of the first of her kind, and the definition of a woman’s best self. The phonetic pronunciation is “add-ee.”

...which does not tell me, or you, anything new, other than that Edelman is handling Sprout’s PR.

* This is completely tangential and non-serious, but I can’t resist pointing out to all you aptronym fans that the FDA official who announced the approval of Addyi is named Dr. Woodcock.

Posted at 07:11 AM in Aptronyms, Names in the News, Naming, Pharmaceutical, Women | Permalink

One more drawback on the name "Addyi"...Why did the FDA allow Sprout Pharmaceuticals to use a female name for a sexual dysfunction drug? This name belongs to countless girls and women.
FDA policy states: "If a company submits a name that is too similar to another name, FDA will require the company to select another name, for safety reasons, as part of the approval process" The FDA disrespected ALL women by approving this drug’s name. They didn't approve names such as Michael or Joseph for “Viagra”. http://www.fda.gov/AboutF…/Transparency/Basics/ucm211441.htm ‪#‎WeAreAddy‬ ‪#‎ProtectAddy‬

Those of us that have daughters or granddaughters have started petitions and Facebook pages against naming this drug Addy. This is an insult since no drug of this kind for men has been named Paul or Bob. The persona created is purely sexist! As a grandmother I will continue to make noise about this name!