Verbifying a noun is a popular (lazy) way for ad copywriters to say “Look at how creative and action packed we are!” Two current marketing efforts, from Tylenol and the Natural History Museum of Los Angeles County, perpetuate the trope.

Tylenol’s campaign, from J. Walter Thompson New York, isn’t about headaches or pain relief: it’s about “a broader effort to to challenge conventional—that is to say, conservative—definitions of family,” according to the AdFreak blog—which adds, “Sure, the tagline is a little clunky.” 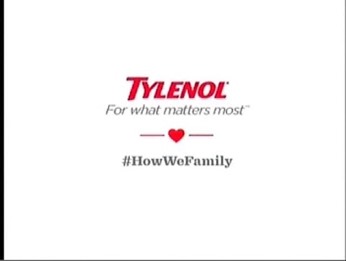 The punctuation’s a little erratic, too.

Is this a multiple-choice test for pluralization? (The first usage is the correct one: no apostrophe.)

Tylenol is manufactured by McNeil Consumer Healthcare; McNeil is a division of Johnson & Johnson, which had revenues of $74.3 billion in 2014. Surely the company could have spared a few hundred bucks for a professional copyeditor.

I’m an Angeleno by birth, and I have fond memories of the Natural History Museum in Exposition Park. But I’m not so fond of this campaign. 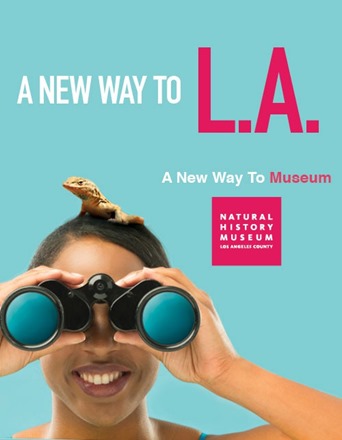 From the Plan Your Visit page:

At NHM, we are not your typical museum experience. We are more than just walls and fossils. We are hands-on. We are the past, present and future. We are indoors, outdoors and all over Los Angeles. We are a new way to museum.

A new way? Really? Is there a single large-city science museum that has not been doing this stuff for a dozen or so years? And was it really necessary to push the theme with “A New Way to Dinosaur,” “A New Way to Nature,” and – hello, is that an actual verb phrase? – “A New Way to Geek Out”?

Let’s put “Let’s Noun” in the inactive file, shall we?

And here’s my original post on this subject, from June 2007: “Branding Weirds Language.”

Posted at 07:34 AM in Advertising, Anthimeria, Culture, Pharmaceutical | Permalink

I drew a follow today from LetsZebra.com, which is vending some sort of CMS.