« Word of the Week: Cuckservative | Main | Name in the News: Addyi » 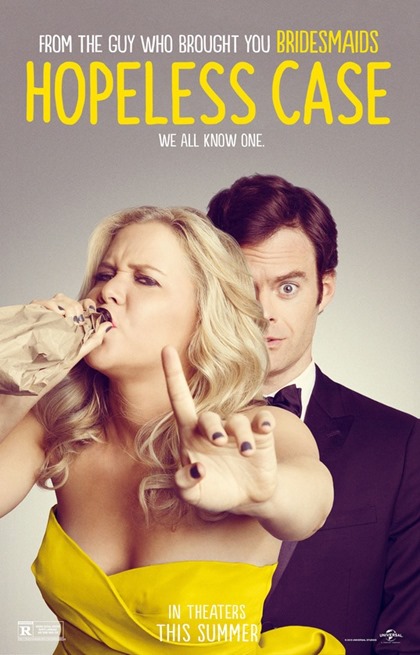 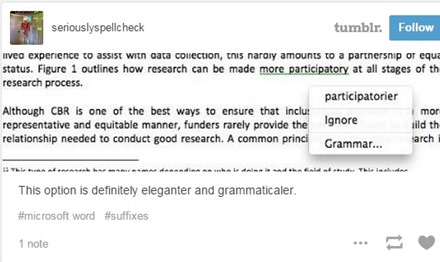 I can't reproduce the "participatorier" error supposedly produced by Word's spell-checking function, so I have my doubts about that. It's not a word in English, so there would be no reason for it to appear in Word's dictionary unless someone had explicitly added it to the custom dictionary in their own version of Word. Word doesn't just make up terms as suggestions.

It's interesting for me to review the posts on the "Seriously, Spellcheck?" blog to try to understand why the checker has suggested its suggestion. For most of them, the suggestion is not correct, but you can see how the Word probably arrived at the suggestion. It certainly also goes to show that one's relationship with the spell checker should be that of wiser master interacting with a very thorough but somewhat dim underling.

Re: the Silicon Valley Dictionary. Great idea, not super-well executed, and an entirely closed system. AFAIK, they publish no contact info where one could send them suggestions or even notification of typos. (?)