Word of the Week: Jiggery-Pokery

Jiggery-pokery: Deceitful or dishonest manipulation; hocus-pocus, humbug. It was first documented in 1893, but a related term, Scots joukery-pawkery (clever trickery, jugglery, or legerdemain) is attested from 1686. The latter term is a compound of jouk (a sudden elusive movement) and pawky (artful, sly, shrewd, roguish).

Jiggery-pokery was in the news last week after it appeared in U.S. Supreme Court Justice Antonin Scalia’s dissent in King v. Burwell, the 6-3 decision to allow the Affordable Care Act, aka Obamacare, to stand. Scalia wrote:

The Court’s next bit of interpretive jiggery-pokery involves other parts of the Act that purportedly presuppose the availability of tax credits on both federal and state Exchanges.

Elsewhere in his dissent, Scalia dismissed the majority opinion as “pure applesauce.” Applesauce is a bit of 1920s slang meaning “nonsense,” “horsefeathers,” or—to put it more plainly than Scalia is wont to do—“bullshit.”

Posted at 06:33 AM in Advertising, Buzzwords, Journalism | Permalink | Comments (3)

Word of the Week: Mayhem

Mayhem: Violent behavior, physical assault, or disorder. In criminal law, mayhem is the infliction of physical injury on a person so as to impair that person’s capacity for self-defense. The word entered English in the late 15th century from Anglo-French maihem, which means “injury, harm, damage”; it’s related to maim.

Nest Labs, makers of “smart devices” for the home—including a thermostat and smoke detector—last week introduced a new product, the Nest Cam video camera. (The product is the result of Nest’s 2014 acquisition of Dropcam.) Ads for the product put a cozy spin on “mayhem”: 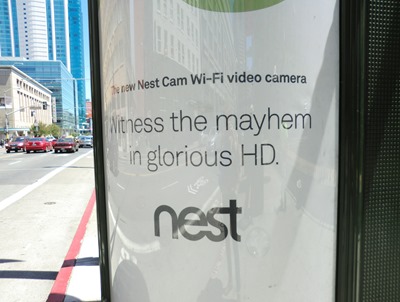 Nest Cam has a security function: according to a Nest.com blog post, it can help you see “if an intruder turns on a flash light, or if headlights flash across your window.” But Nest Labs downplays the scare factor. Rather, the device helps you “save the stuff you want to remember” and be prepared “every time your kid or pet does something cute.” Muddy footprints on the carpet, a toilet-paper trail across the lawn—that’s the domesticated “mayhem” Nest hopes you’ll record and view.

This isn’t the first appearance of mayhem in advertising. In 2010 insurance company Allstate introduced a character called Mayhem, played by the actor Dean Winters, who personified every catastrophe that could befall your house or car. Also contributing to the cuteification of “mayhem” was the 2012 debut, at Universal Studios Florida and Universal Studios Hollywood, of Despicable Me: Minion Mayhem, a simulator ride based on the animated film(s) Despicable Me.

There is no Minion named Mayhem, but there’s a minionesque aspect to the Nest Cam. 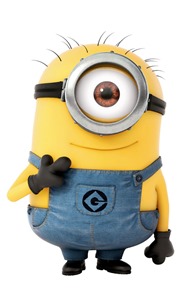 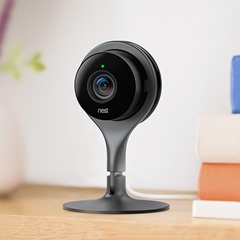 From another corner of the culture comes Mayhem Parva (literally “small mayhem”), a fixture in British crime fiction. Here’s how the OED defines it:

The OED’s earliest citation for Mayhem Parva is dated 1971, from Snobbery with Violence, a murder mystery by Colin Watson set in the fictional village of Mayhem Parva, “where amateur lady sleuths competed with seasoned Scotland Yarders to nab the least likely suspect.”

I’m over at the Strong Language blog today with a new post about advertising that flirts with naughty words without tipping over into actual obscenity—from “FXing serious” (AMD processors) to “a shiatsu-load of masseuses” (Thumbtack.com).

The headline is inaccurate and inadequate— “words” don’t “become startups”—and I take issue with the snarky attitude, but this list of short “real” (dictionary) words used as names of startups is worth a look. And the way they’re organized is downright poetic. (Hat tip: Karen Wise.)

Speaking of poetic, the New Yorker’s Rebecca Mead considered the favorite words of some writers (mostly British and Irish)—Hilary Mantel loves nesh, Taiye Selasi celebrates the Ghanaian colloquialism chale—and added a favorite of her own.

Why are so many Indian businesses named “Hitler”? (Hat tip: MJF)

Memo to Designbook, Teachbook, and other bookish types: Facebook’s lawyers would like to have a word with you.

Pwn, lotsa, cakehole, and obvs are all playable Scrabble words now—outside North America, anyway. (The new list comes from Collins Dictionary, which isn’t an official reference in the US.) Here’s NPR on the announcement (and readers, predictably predicting “the death of English”). And here are two views from Lingua Franca, the language blog of the Chronicle of Higher Education: Anne Curzan on how the additions are “in the spirit of the game,” and Geoffrey Pullum with some extremely nerdy math that proves that adding new words won’t make the game easier to play.

How Venmo, Zillow, Foursquare, and other technology brands got their names.

Dasani, IKEA, and other brand names that became baby names.

“A good name...tells a story, whether or not that’s apparent to anyone but the founder.” An unusually good article about name development from Crain’s New York Business (with a misleading title).

I don't know if you get to call your company Just Wireless if you are literally selling wires. pic.twitter.com/Kfv7LC6Owb

This new book by Mark Schatzker looks interesting. The title, though, troubles me. 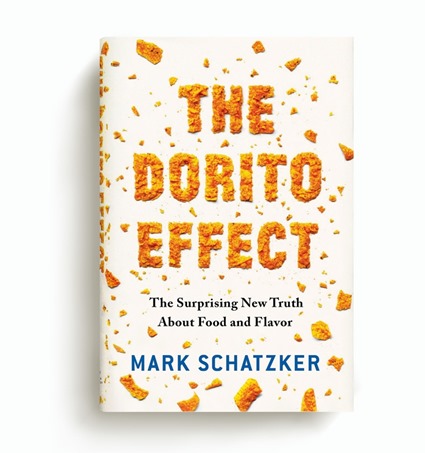 There is no “Dorito.” The trademark is DORITOS, which only looks like it’s plural. In fact, it’s singular.*

“But,” I hear you cry, “how do I say I want just one robustly flavored corn-based snack-food product manufactured by Frito-Lay North America, Inc.?”

My answer: In the privacy of your home, you can say whatever you like. But if you are a major publisher—Simon & Schuster, in the case of The Dorito [sic] Effect—then you should pay attention to the legal niceties. I’m sure Frito-Lay’s lawyers do, every single day.**

Normally, I wouldn’t fault the author. Authors only rarely get to choose their titles; the final decision is almost always up to the publisher. However, a search through the book’s contents reveals several examples of singular “Dorito”: “the Dorito model,” “heirloom Dorito cuisine,” “the Dorito treatment.” So the finger of blame must point back to the author—or perhaps to an editor unfamiliar with trademarks.

* Just like “kudos.” And speaking of brand names, LEGO, a trademark for a brand of interlocking toy bricks, is never pluralized. At least, not if you want to stay out of legal hot water. Read more about brand names with plural problems (by Arika Okrent for Mental Floss)—but bear in mind that in strictest legal terms, none of these brand names is supposed to be pluralized.

** It has occurred to me that the publisher went with “Dorito” to avoid legal implications from the use of a registered trademark. Well, good luck with that.

Word of the Week: Yuccie

Yuccie: A Young Urban Creative, as defined and described by David Infante, “a 26-year-old writer who lives in a gentrifying neighborhood in Brooklyn,” in an article for Mashable published on June 10. Infante calls yuccies “a slice of Generation Y, borne [sic] of suburban comfort, indoctrinated with the transcendent power of education, and infected by the conviction that not only do we deserve to pursue our dreams; we should profit from them.”

“I am the yuccie,” Infante writes. “And it sounds sort of, well, yucky.”

Posted at 06:20 AM in Advertising, Slogans and Taglines, Travel | Permalink | Comments (5)