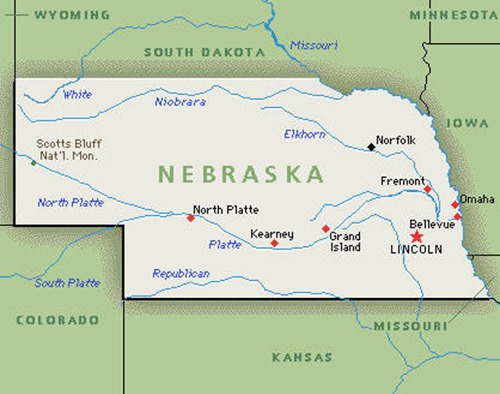 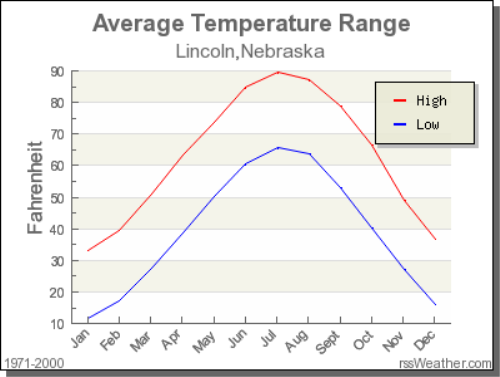 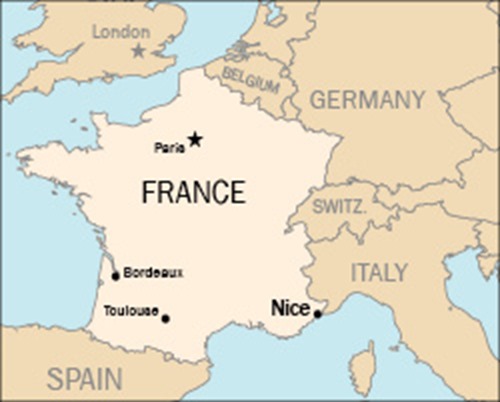 Average temperatures in Nice, France, in Fahrenheit. (In Celsius.)

I’m not the only one who saw the two-part headline as an either/or proposition.

Lacking a pronunciation key (“rhymes with twice” vs. “rhymes with fleece”), how is one to know for sure?

The Nebraska campaign officially launched last year, and “has been growing on people,” according to the AdWeek story. From a May 8, 2014, article in the Lincoln (Nebraska) Journal Star:

On Wednesday, the Nebraska Tourism Commission approved and delivered the result:

As in: Visit Nebraska. Visit nice.

Be careful what you call it, says the Journal Star:

Nebraska Nice is not a slogan. The slogan most closely associated with Nebraska is clearly "Nebraska the Good Life."

Nebraska Nice is a brand the state will build its tourism marketing campaign around. That campaign will be visual -- photos and videos, stories and experiences in newspapers, magazines, television, social media.

“Don’t call it a slogan” is the latest trend in tourism promotion. Last year, the city of Cleveland, Ohio,  announced a new branding campaign under the bland rubric “This Is Cleveland.” Nope, not a slogan, said the president of the convention and visitors’ bureau; rather, the three words are “a repository,” “a collection of stories,” and “a way to change the narrative.”

But I doubt the Nebraska Tourism Commission would slap you with a fine if you slip up and say “slogan.” That just wouldn’t be Nice.

Posted at 06:20 AM in Advertising, Slogans and Taglines, Travel | Permalink

The syntax of "Nebraska Nice"--placename adjective--reminds me of "Boston Strong" which I first saw in the days after the Marathon bombing. I wonder if there are other examples, or if anyone knows whether Boston was the first to use this phrase structure.

John: See Ben Zimmer's 2013 column for the Visual Thesaurus, in which he discusses "Army Strong," "Country Strong," and other variations. http://www.visualthesaurus.com/cm/wordroutes/an-army-of-strong-slogans/

As for "__ Nice," I'm familiar with "Minnesota nice" but had not heard "Nebraska nice" until I saw the current ad campaign. http://en.wikipedia.org/wiki/Minnesota_nice

Leave it to those Huskers; sad, really.
Look to your roots with "Iowa Nice" https://www.youtube.com/watch?v=qLZZ6JD0g9Y

well, if what we're looking for is simply Placename / Adjective I suppose we could add Mississippi Burning and New York Minute

I know, I know