Name in the News: Catalyst

Weddings are a $55 billion industry in the United States; in 2014 the average wedding—average!—cost about $31,000. Doing their share to boost that sum are wedding magazines: Unlike much of the suffering publishing world, they have a captive, eager, and free-spending readership. 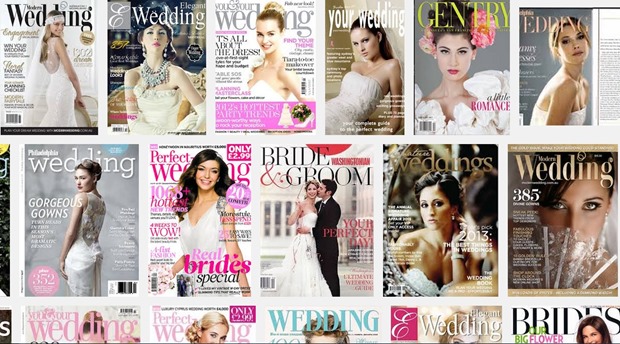 This week, a new contender joins the crowd, one that promises to “elevate love and personality over spending and aesthetics” and to explore “the intersections of creativity, community, and feminism in the wedding world.” Its publishers call themselves, naturally, “disruptors”; they envision their target market as “game-changing couples.”

What a refreshing idea! If only the name of the magazine rose to the occasion. 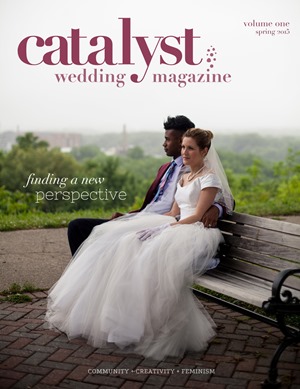 Here’s something you need to know about catalyst—the word, not the magazine name: It has appeared on virtually every name list for every naming project in my 25 years as a name developer, and probably for a long time before that. Every client loves the meaning, or at least the metaphorical one—“a person or thing that causes a change”—as opposed to the scientific one (“a substance, usually used in small amounts relative to the reactants, that modifies and increases the rate of a reaction without being consumed in the process”). Everyone wants to be that change agent; everyone wants his or her business to be the next new thing. The U.S. trademark database lists 332 live Catalyst trademarks, from Catalyst for Women (a nonprofit that’s been around since 1964) to Craft Catalyst (a management consultancy founded in 2012).

And many magazines besides this new one are called Catalyst. There’s a Catalyst, published in Salt Lake City since 1982, that calls itself “resources for creative living”; its current issue features “a guide to offbeat weddings.” The UC Davis School of Education puts out a magazine called Catalyst; so do Cedars-Sinai Hospital, in Los Angeles; the Marine Biological Laboratory, in Woods Hole, Massachusetts; and American University’s College of Arts and Sciences, in Washington. The award for most appropriate use of Catalyst goes to UC Berkeley’s College of Chemistry, where catalysis is probably taking place even as we speak.

Here’s something else you should know about Catalyst: It’s not just overused, it’s also emotionally flat. It doesn’t convey a benefit; it doesn’t evoke a sense, an image, a memory. It doesn’t even have the advantage of being an empty vessel that can be filled with meaning (like, say “Kodak” was). It is what it is, and what it is is … boring. It may mean “change agent,” but it looks and sounds static. As the name of a “disruptive” wedding magazine, it lacks wit and spirit. It doesn’t suggest love. It has all the brand personality of a railroad timetable.

Let this be a cautionary tale for all would-be name creators: a word is more than its dictionary definition. A name is also sonic symbolism, the look of its letterforms on the page or screen, the resonance of a hundred mental associations.

One more observation about Catalyst: It’s a name that says “This is who we are,” not “This is who you are.” That’s the sin of branding solipsism: to become so dazzled by your own mission statement that you lose sight of your customer. (Branding solipsism shows up in all those “We’re passionate about __” taglines, too.)

With such a provocative business concept, how did Catalyst Wedding Magazine drop the ball on the name? There are, after all, some rule-breaking role models in the otherwise deeply conventional wedding industry. Take, for starters, Toasted, “a uniquely fresh wedding event for savvy, free-spirited, indie-minded couples” seeking an alternative to traditional wedding-vendor fairs. The name evokes a toast to the wedding couple, then adds a little wink: toasted is slang for drunk.

Or consider TheKnot, launched in 1996 as a wedding-planning site and now part of a publishing empire devoted to weddings and the early years of marriage. TheKnot comes from a matrimonial idiom, “tying the knot”; the name is a little bit tough, a little bit secure and reassuring, and 100 percent vivid. (The parent company’s name is XO, as in “kisses and hugs”; its ticker symbol is XOXO.)

I disliked BHLDN, the name of the bridalwear site run by Anthropologie’s, when I first encountered it in 2011, and I haven’t changed my mind: The all-caps, no-vowels name style is an annoying cliché, and if the word is meant to be pronounced beholden, it’s simply wrong. (“Beholden” means “morally obligated.”) But I grant that it represented a striking departure from the wedding-nomenclature norm, and it certainly signals “we’re turning tradition on its ear.”

Similarly, when I see Zola, I think “J’accuse!”, not “a new kind of wedding registry.” But if you aren’t on speaking terms with l’affaire Dreyfus, “Zola” just sounds speedy and modern, like a chic girl’s name. (If you’re from, say, Mexico or Puerto Rico, you’ll probably pronounce it Sola, which means “alone” in Spanish and isn’t a brilliant association with weddings. But again, points for trying.)

So how would I have approached the naming of a “disruptive” new wedding magazine that celebrates diversity, creativity, and feminism?

I might have taken inspiration from photographs like the one on the first cover of Catalyst, and suggested We Do.

I might have explored wordplay plus inclusiveness: Wed Planet.

Or I might have opted for simplicity, clarity, and inversion of tradition, and named the magazine Something New.

And then I’d have implored the publishers to ditch the horoscopes.

Posted at 06:29 AM in Magazines, Names in the News, Naming, Wedding | Permalink

Catalysts do not cause change. Or has that linguistic battle been lost?

We can quibble over the distinction between "cause" and "precipitate," but outside of the sciences, catalyst is generally synonymous with "change agent."

We Do and Something New both seem like excellent suggestions to me. (I especially like the fact that We Do contains the sequence "wed" in addition to echoing the language of traditional vows in a way that suggests equality, solidarity, and cooperation between the members of the couple.)

(Wed Planet initially strikes me as a little bit too Barbara-Walters-marries-Jonathan-Ross-on-Mars, but it's cute and it could grow on me.)

Wow, those people on the cover do NOT look excited about the prospect of wedded bliss.

Jenne: I think that's the point -- a calmer, more realistic perspective on the whole endeavor.

I get that, but they just look bummed out. Like, "hold on, I promised what now?"