How Kit and Ace Got Its Name

In the February 2 issue of The New Yorker, Lizzie Widdicombe writes about a new clothing retailer, Kit and Ace, that recently opened its first New York City shop. 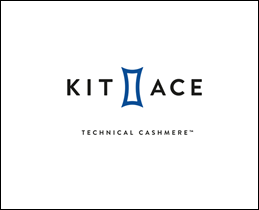 The company has an athleisure*(athletic + leisure) pedigree: one of the co-founders, Shannon Wilson, is married to Chip Wilson, who founded the yogawear pioneer Lululemon. The other co-founder is Chip’s oldest son, JJ. (Chip Wilson, who is an informal adviser to Kit and Ace, “resigned from Lululemon’s board last year, after a disastrous episode involving unintentionally see-through yoga pants,” writes Widdicombe.)

Where did the Kit and Ace name come from? Here’s Widdicombe:

JJ oversees branding for the Kit and Ace line. The name, he explained, refers to two imaginary “muses” that he and Shannon came up with. Kit is the name Shannon would have given a daughter (for Vancouver’s Kitsilano beach, “where all my dreams came true,” she said). “I think of Kit as Shannon in her heyday,” JJ said. “An artist at heart, a creator. A West Coast girl. An athlete.” Ace, her masculine counterpart, is “a West Coast guy. He likes things that are easy and carefree.” He filled out the picture: Ace surfs. “He’s graduated college. He’s thirty-two. He’s maybe dating The One.”

Could Ace be modelled on JJ? His parents teased. “He’s a bit of a pain in the ass!” Shannon said.

There’s no explanation of the symbol that stands in for “and.”

Besides being plausible personal names, kit and ace have other relevant meanings. Kit can mean “a set of articles or implements used for a specific purpose” (a survival kit; a shaving kit), while ace can mean “expert” or “first rate.” Both words can function as verbs (to kit out, to ace a serve) as well as nouns.

This isn’t JJ’s first foray into retail, or into company names that follow the X + Y formula: He founded Wings + Horns, a menswear company, in Vancouver in 2004.

Kit and Ace sells clothes made from a washable fabric blend the company calls Qemir (sometimes uncapitalized; pronunciation uncertain): 81 percent viscose, 9 percent cashmere, 10 elastene. The company has applied for trademark protection for “Qemir” and for a tagline: “Technical Cashmere.”

Kit and Ace, like Lululemon and Wings + Horns before it, was born in Vancouver, BC; a second U.S. store opened in January on San Francisco’s Fillmore Street.

More on Lululemon, including the origin of its name, at the bottom of this November 2013 post.

* First use of athleisure in print: 1989 (in a company name). In the generic sense, the earliest usage dates from around 1995.

Posted at 06:05 AM in Canadian, How They Got That Name, Naming, Retail, XY | Permalink

By god, I think I've got it! To me the symbol is an inspired hybrid of the philtrum and the sphincter - let's call it a "sphinctrum," perhaps - whose pronunciation should fall somewhere between a snort and a fart. "A little pretentious," he said? Guys, don't sell yourselves short.