« The Doctors Are In | Main | Dictionary of Trade Name Origins » 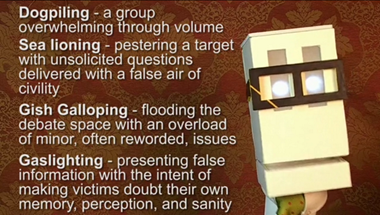 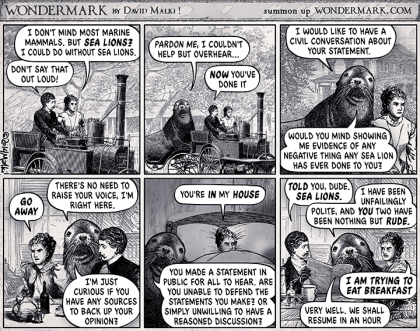 Posted at 06:35 AM in Animals, Current Affairs, Eponyms, Games, Neologisms, Word of the Week | Permalink

people bitching about sealioning are totally missing the point. if you say unsubstantiated shit (or any shit for that matter) in a public space, people have the right to respond. every so often, some jackass will post something like 'ill NEVER trust big pharma" or "if you dont like this country leave!" on fb and then will act butthurt when someone actually says 'why the hell would you say that?" You're not being harassed or bullied; you openly shared a dumb idea and people are asking you about it.