Word of the Week: Endling

Endling: The last individual of a species. Coined from end and the suffix -ling, indicating possession of a quality (compare yearling, weakling, earthling). 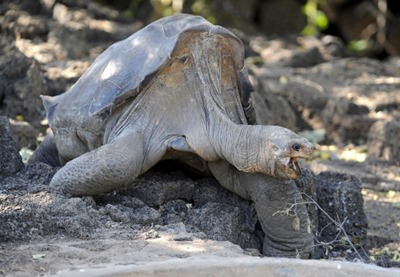 Writing in the New Statesman, Helen Lewis calls endling “a wonderfully Tolkien-esque word.” It was born in the pages of the journal Nature in April 1996. suggested in a letter written by two men working at a convalescent center. (They worked with dying patients who thought of themselves as the last of their lineage.) Dolly Jorgensen, a historian of the environment and technology, writes in an April 2013 blog post that the suggestion “was met with counter-suggestions in the May 23rd issue: ender (Chaucer used it to mean he that puts an end to anything), terminarch (because it has a more positive ring than endling which sounds pathetic according to the respondent), and relict (which means last remaining, but typically for a group).”

Nothing more appears to have been made of the suggestion or the word in scientific circles. Endling doesn’t show up at all if you search the Web of Science and it doesn’t appear in any English dictionary as far I was able to find. It has, however, made it into Wikipedia, which is why I got curious about where the word came from.

Endling “got a boost” in 2001, Jorgensen writes, when the National Museum Australia opened. One of the inaugural exhibits displayed specimens of the extinct thylacine (Tasmanian tiger); the wall text above the exhibit displayed the definition of endling.

What’s fascinating about this [writes Jorgensen] is that the museum staff took the endling concept and made it real. They wrote the definition on the wall as if that definition was official: it is written as if it was copied from a dictionary complete with the part of speech designation as a noun, yet I’ve found no Australian dictionary (or any other) that defines endling. And the definition the museum exhibit used is not exactly what the original Nature letter had defined endling as. Yet there it was in black and white defined. The word had been claimed. But what had it named? Was endling the last wild thylacine (represented by the skin) or the last thylacine ever (Benjamin)? That’s not entirely clear.

Endling is the title of a novel by Katherine Applegate scheduled to be published in 2016, the first in a proposed trilogy for middle-grade readers. Applegate told Publishers Weekly in September 2013 that “her son Jake … came across ‘endling’ on Wikipedia and shared it with his mother. ‘It seemed so poignant and inherently dramatic that I couldn’t let it go,’ said Applegate. ‘I went back to the word a few times and felt that it was a book, but not just a single title. It was a trilogy. I knew it would be a quest story, and would take some time to tell’.”

The endling of the series, Applegate said, will be “an invented, dog-like species with the ability to communicate with humans.”

Posted at 06:30 AM in Animals, Books, Neologisms, Suffixes, Word of the Week | Permalink