Last week voters in Alaska and Oregon legalized the sale and use of marijuana for recreational and medicinal purposes. Pending Congressional review, the District of Columbia will soon legalize limited possession and cultivation of marijuana. That means nearly half of the 50 states have decriminalized some form of the sale and possession of cannabis.*

It also means that in places where marijuana is legal, so is branding and marketing of dispensaries, retail stories, products, and services.

This legitimate market may be new, but some naming themes have already emerged. One of the most conspicuous is the numeral 420, which has a long history in cannabis culture. 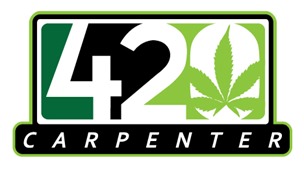 Where did “420” come from, and what does it signify? Legends about the number abound; here’s the true story as verified by Snopes:

‘420’ began its sub-rosa linguistic career in 1971 as a bit of slang casually used by a group of high school kids at San Rafael High School in California. ‘420’ (always pronounced “four-twenty,” never “four hundred and twenty”) came to be an accepted part of the argot within that group of about a dozen pot smokers, beginning as a reminder of the time they planned to meet to light up, 4:20 p.m. Keep in mind this wasn’t a general call to all dope smokers everywhere to toke up at twenty past four every day; it was twelve kids who’d made a date to meet near a certain statue.

“420” entered the slang lexicon as code (“420-friendly household seeks roommate”), and later, according to Snopes, “slipped into semi-respectability”:

Various free-wheeling cities annually celebrate “hemp fests” on April 20. There’s a 4:20 record label in California, and a band called 4:20. Atlanta’s Sweetwater Brewing Co. sells its 420 Pale Ale in supermarkets and opens its doors to the public at 4:20 p.m. Mondays through Thursdays. New York’s 420 Tours sells low-cost travel packages to the Netherlands and Jamaica. Highway 420 Radio broadcasts “music for the chemically enhanced.” And in 2001, the forReal.org web site of the U.S. Department of Health and Human Services’ Center for Substance Abuse Prevention put out a public service document titled, “It’s 4:20 — Do You Know Where Your Teen Is?”

Perhaps not coincidentally, California’s Medical Marijuana Program Act began life as Senate Bill 420. Signed into law by Governor Gray Davis in 2003, it cleared up some confusion in Proposition 215, which established the state’s medical marijuana program in 1996.

Here are some additional 420 brand sightings:

420SinglesOnline, 420Singles, and My420Mate are unrelated “cannabis-friendly” dating sites. My420Mate calls itself “the Cupid of cannabis.” 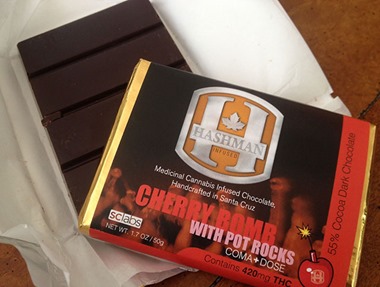 Via High Times. Hashman previously did business as Hashey’s, which apparently was too close to a certain huge chocolate manufacturer—right down to the wordmark—for legal comfort.

Station 420 is a legal retail store in Yakima, Washington.

420 Goody Box is “a monthly surprise box of smokin’ goodies.” For $19.98 a month, a subscriber receives a selection of non-cannabis products such stickers, rolling papers, and an ashtray.

420 Goody Box isn’t the only subscription service in the sector: rivals include Burn Box and and Cannabox.

420 Investors provides information about “the hottest medical marijuana stocks.” There are also a number of local 420 investment groups, such as this one in Brooklyn.

Westside420 Recreational is a recreational-cannabis store in Longview, Washington.

The logo incorporates a green cross, a common feature in cannabis design. However, it isn’t exclusive to marijuana branding. 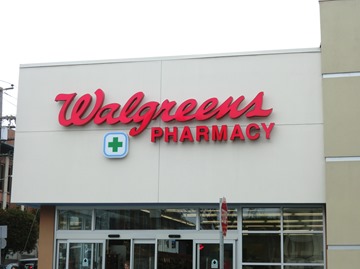 As cannabis enters the mainstream, it will be interesting to see whether underground slang like “420” maintains its appeal—especially as new consumers (especially people with serious medical problems) are courted. Will marijuana branding cling to its stoner, insider roots? Will code terms like 420 go mainstream? Or will the industry take on a more sophisticated veneer, as we’ve seen with Leafly and Tweed? Right now the answer is anyone’s guess.

* Federal law still criminalizes the sale, cultivation, and possession of any amount of marijuana, a confusing state of affairs that is almost certainly destined to be resolved soon.