« How Otoke Got Its Name | Main | Word of the Week: Taphephobia »

Name in the News: CannaCon

I’m winding up #WeedWeek—a series of posts on the marketing of legal marijuana—with a look at CannaCon, a four-day cannabis convention and expo coming to Tacoma, Washington, next week. 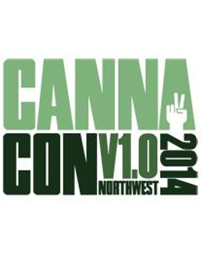 In 2012, Washington State voters passed Initiative 502, which legalized the possession and cultivation of marijuana in small amounts; the first legal retail sales in the state began in early July 2014. As a result, Washington has become a hub of legal-cannabis—or “cannabusiness,” as it's being called—activity. Sponsors of next week’s convention include the National Cannabis Chamber of Commerce, Dope magazine, MJBA (Marijuana Business Association, “the authoritative voice of legal marijuana in America”), and Marijuana Venture (“the news source for professional marijuana growers and producers”).

Overall, the marketing is polished, sophisticated, and even witty. 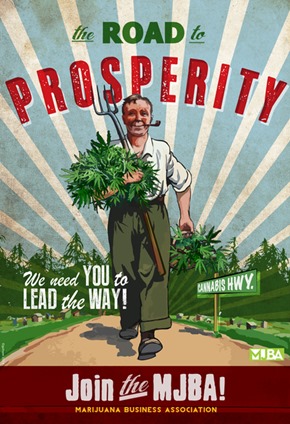 Linguistically, CannaCon follows a venerable naming convention (pun intended) for fan gatherings. The original enduring X-con was Comic-Con (aka San Diego Comic-Con International), founded in 1970 and held annually ever since; the con is shorthand for convention. (According to Francesca Coppa, author of “A Brief History of Media Fandom,” part of a collection of essays on fan communities, con for convention had already been in use since at least the early 1940s.)

In 2010, the linguist Mark A. Mandel presented a paper at the American Name Society’s annual meeting on what he dubbed “Conomastics,” a blend of the con affix and onomastics, the science of naming. Mandel focused on gatherings of speculative fiction, fantasy, alternate history, and related interests, including media, music, gaming, and furry. Among the X-cons he reported on were Gaylaxicon (“gay men, lesbians, bisexuals, transgendered people and their friends”; from gay and galaxy); Smofcon (Secret Masters of Fandom Convention); MaulCon (gaming; held at a mall); Daikon (the Japanese national con, held in Osaka; dai means “big,” and a daikon is a big radish); LepreCon (Arizona science-fiction art and literature convention originally held in March on St. Patrick’s Day, more recently in April or May); SpoCon (“a full-spectrum science-fiction and fantasy convention held in Spokane, Washington”); and Millennium Philcon (the 2001 Worldcon, or World Science Fiction Convention, held at the turn of the millennium in Philadelphia; also a pun on Millennium Falcon, Han Solo’s ship in Star Wars).

Previously on #WeedWeek: Budtender, “Just Say Know” (Leafly), and How Otoké Got Its Name.

For further reading, see “High Time,” the New York Times’s multi-part series on marijuana (including a pro-legalization editorial), which ran in the paper last week.

Posted at 06:09 AM in Acronyms, Cannabis, Marijuana, Names in the News, Naming | Permalink

Amusingly, the CannaCon brings to mind the NASA-validated buzz over the Cannae Drive. After living five years in Glasgow, Scotland, all I hear when I hear the prefix "canna" is "can not," as in, "they canna properly name a convention."