How Otoke Got Its Name

I’m generally not a fan of company names that require phonetic pronunciation guides, but I’ll make an exception for Otoké Horticulture, a Colorado-based consultant to marijuana growers throughout the United States. The name story is just too good.

It’s “oh-toh-KAY.” P.S. Surely they can improve on the Papyrus typeface.

Given the company’s line of work, I at first surmised that the name was a thinly veiled allusion to “Oh! Toke!” It certainly seemed apt. (Did you know that the verb to toke refers exclusively to inhaling marijuana, and may come from Spanish tocar, to touch? I didn’t.)

But then I wondered about the acute accent over the e, which clearly alters the pronunciation. A brief bout of research revealed that otoke, pronounced oh-toh-kay, is Korean for “what to do?” or “what do I/we do?” 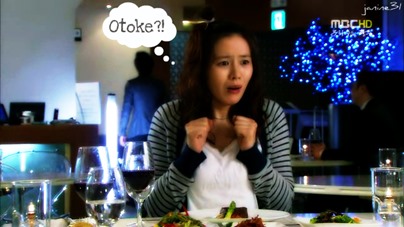 Image from Dramafever: “101 Korean pop culture words you absolutely must know.” (Also on the list: bagel girl, “a girl with a glamorous body and a baby face.”)

Well, that works pretty well, too.

But guesswork won’t suffice for How They Got That Name, so I emailed the company. The response, from co-owner Kurt Badertscher, was prompt—and cryptic.

There is a  personal story behind it, which is usually a bad basis for a name.

[Company co-owner] Kerrie [Badertscher] had a native American friend who called her Otoke telling her it meant star of hope in Cherokee. When she started the company, she decided to call it Otoke and went looking for the Cherokee meaning only to find out her friend had been hitting on her with the start [sic] of hope line and the only place we can find a real meaning was that in Korean, it means What’s up/happening or such.

By the way, if you live in a state where marijuana cultivation is legal—like, say, Colorado—you may want to buy the Badertschers’ magnum opus, Cannabis for Capitalists. The table of contents (which is all I’ve read) runs to more than nine pages, and looks to my untutored eye to be pretty darned comprehensive. I admit I’m curious about the epilogue: “R.I.P. Mary Jane Superweed.”

Posted at 07:08 AM in Cannabis, How They Got That Name, Marijuana, Naming, Pronunciation | Permalink

And let's not forget that you can lead a horticulture ... (Is that line too un-P.C. these days?)

But seriously, folks: I like the name Otoké. And I applaud you for digging into this area; I really should get out more for research purposes!