« How Beamly Got Its Name | Main | On the Visual Thesaurus: A Very Enterprising Suffix »

Word of the Week: Plimsoll

Plimsoll: A type of rubber-soled canvas sole developed in the 1830s as beach wear by the Liverpool Rubber Company. The footwear was originally (and in some places still is) known as “sand shoes”; in 1876 a sales representative for the company suggested the “plimsoll” name because, according to the OED, “their rubber band reminded him of the ‘Plimsoll Line’, marking the limit of safety to which merchant ships can be loaded. ‘Plimsolls’ are water-tight, so long as they are not immersed above the level of the water-band.” Originally and chiefly UK, but keep reading—it’s sneaking into the U.S. lexicon. 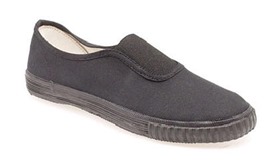 Traditional British plimsoll with laceless, elasticized vamp. Image via W. H. Thomas & Son, Gloucestershire, UK, “a family business established 1896.” A Wikipedia entry notes that “as it was commonly used for corporal punishment in the British Commonwealth, where it was the typical gym shoe (part of the school uniform), plimsolling is also a synonym for a slippering.”

“Plimsole,” an accepted variation, evolved from the association with “sole.” James Joyce used that spelling in Finnegans Wake, according to the OED. 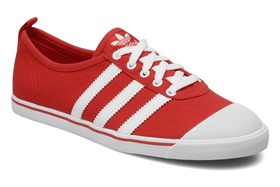 The Plimsoll line (or Plimsoll mark) is named for Samuel Plimsoll (1824-1898), a British MP who campaigned tirelessly for social justice and worker safety. Outraged by shipowners’ callous practice of sinking their own overloaded “coffin ships” to collect insurance money, he developed a mark that, when painted on the side of a ship, shows the vessel’s maximum loading point. For this simple yet effective innovation he was dubbed “the sailor’s friend.” 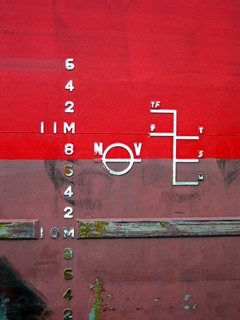 Plimsoll line on a ship, via Marine Insight.

Although the Plimsoll line is used internationally, Plimsoll shoes remained a Britishism for more than a century. (But it wasn’t used everywhere in the UK: in some areas Plimsolls were, and are, called daps, pumps, sand shoes, or sannies. For other regional and Commonwealth variations, including “trainers,” see the comments on this 2011 Separated by a Common Language post.) In the U.S., this shoe style is most often called sneakers, although there are regional and historic variations here as well—tennis shoes, gym shoes, Chucks, etc. When I was growing up in Southern California, we called all lace-up canvas shoes Keds, although few of us wore the genuine trademarked article. (The Keds name is a blend of canvas and peds—Peds being the trademark the company wanted but couldn’t get, way back in 1916. Wikipedia, by the way, calls Keds “an American brand of plimsoll-style canvas shoe.”)

Clearly, though, I lagged behind some of my SoCal compatriots. I remember hearing in the late 1970s about The Plimsouls, a band that was straight outta Compton-adjacent Paramount, California. Because I’d never heard of plimsoll shoes, the pun went right over my head.

Today, however, I’d be much more likely to be in the know—not because of any special Brit-dar but because “plimsoll” is beginning to join other Britishisms like “gobsmacked,” “stockist,” and “queue” in American parlance.

The New York Times fashion pages, for example, have added “plimsoll” to the roll of variations on “sneaker.” For example: “On the heels of the now ubiquitous high-end luxury sneaker, the new Swedish brand Eytys offers a refreshingly low-key alternative: platform plimsolls that channel ’90s Venice Beach skater shoes.” – September 3, 2013

In a 2012 article in The Atlantic titled “The Racial Divide on … Sneakers,” Emily Chertoff wrote that “Jordans and Chucks come from the same originary sneaker, a canvas plimsoll from the mid-19th century.” (Yes, originary. It’s a real word.)

Urban Outfitters, based in Philadelphia since 1972, is gradually acclimating American shoppers to the British lexical import by using “plimsoll sneaker” in its product descriptions. 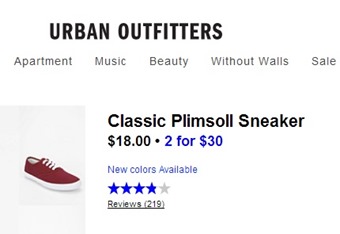 Plimsoll Gear (tagline: “It’s All About Balance”) in Wilmington, North Carolina, sells casual clothing but no plimsolls. It takes its name from the Plimsoll line, and uses the mark extensively on branded apparel. 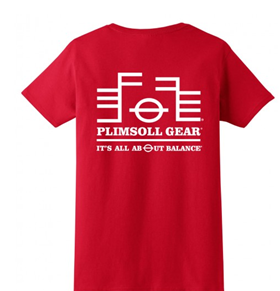 But a company in Santa Barbara called SeaVees (tagline: “Authentic California”) sells a whole line of “plimsolls” for men and women. Here’s one. 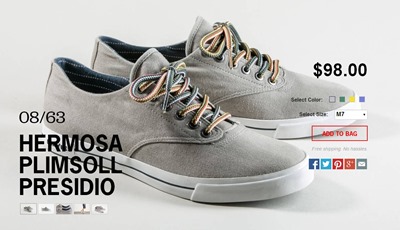 The juxtaposition of “plimsoll” with “Hermosa” (as in Hermosa Beach, California) and “Presidio” (as in the San Francisco fort) may leave many British readers gobsmacked.

“SeaVees” was originally a trademark of the B.F. Goodrich rubber company of Akron, Ohio, registered in 1965 and left to expire. The new SeaVees revived the trademark in much the same way the new Shinola of Detroit has done. 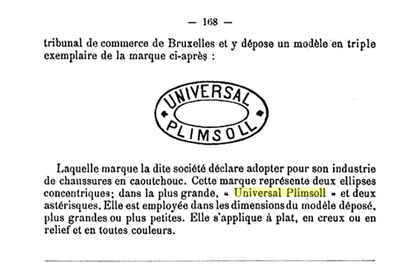 Posted at 05:59 AM in British, Eponyms, Fashion, History, How They Got That Name, Naming, Sports, Trademark | Permalink

I'm glad to learn this word, as it makes a favorite song a little more understandable: http://www.gaelicstorm.com/index.php?page=blog&b_id=526.

Erin: "Rag and Bone," the title of that song, was appropriated as the ironic name of a trendy and spendy fashion brand. I mentioned it briefly in a 2011 post about fashion brands that use the "X + Y" name formula: http://nancyfriedman.typepad.com/away_with_words/2010/05/a-name-change-at-teenflo.html

"Now that my ladder's gone,
I must lie down where all the ladders start
In the foul rag and bone shop of the heart."