« The Results Are In | Main | The Internet of Thyngs »

Remember when ads were dense with copy and every new product was magical? A delightful Tumblr called A Word from Our Sponsor does. 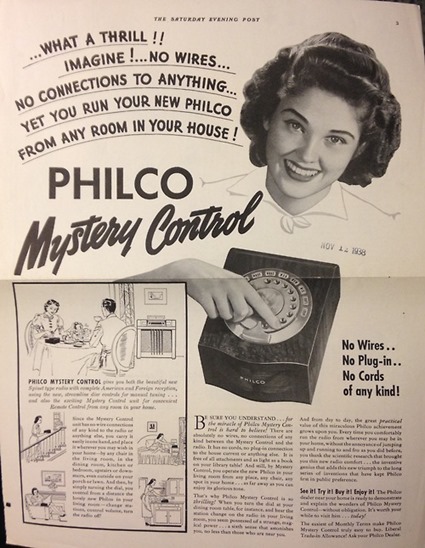 “The miracle of Philco’s mystery control is hard to believe!” (1938)

Is the Great American Tagline dead? Copyranter thinks so.

On the other hand, corporate jargon is alive and thriving, as the Use Sparingly Tumblr makes abundantly clear. 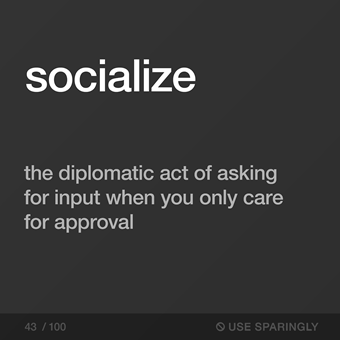 Via Girls of a Certain Age.

Speaking of jargon: “Are you a native full-stack visiongineer who lives to marketech platishforms? Then come work with us as an in-house NEOLOGIZER and reimaginatorialize the verbalsphere!” And other amazing new jobs you’ve never heard of because they were just invented. Hat tip: @trochee.

How many synonyms for “flip-flops” do you know? 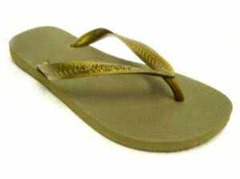 Image via The Flip-Flop Appreciation Society.

When I was a kid we called them “thongs” or “zoris.”

What exactly can you expect when you commission a $5 logo from Fiverr? To find out, Sacha Greif invented a company (“SkyStats”) and tested the waters. Among his conclusions: “Fiverr apparently sees nothing wrong with designers appropriating other people’s work. And not only do they tolerate it, they even directly profit from it since they feature these fake work samples prominently.”

Ten words that “The Simpsons” invented. Via @Wordnik. Speaking of Simpsons inventions, years ago I wrote three long posts about fictional brands in “The Simpsons.” Here’s the original post, the 2008 update, and the 2009 update.

And speaking of fictional brands, Russell Falk of FVM Strategic Communications analyzed the logo of a madeupical company in Jack Ryan: Shadow Recruit:

Cherevin may be the evil aggressors of economic warfare, but I’d love to have them as a client. They could teach me about propping up housing markets, and I might be able to offer them a nugget or two about reducing security breaches through better interaction design. Plus, I bet it’s fun to get a project brief with the objective of ‘instilling fear and obedience.’

I’ve written a few posts about fictional brands myself.

“The NFL wouldn’t rename the Redskins, so we did.” – A Hundred Monkeys blog. See also my April 9 post about the Redskins and other troubled names.

UPDATE: This morning (June 18), the Trademark Trial and Appeal Board, an independent tribunal of the U.S. Patent and Trademark Office, recommended that the federal registrations for “Redskins” trademarks be cancelled. Read the TTAB fact sheet.

Thirteen words so “untranslatable” that even a professional linguist like Michael Covarrubias (aka Wishydig) can’t figure them out.

“A name is meaningless until you give it meaning,” “Try to avoid name envy,” and other naming advice worth heeding from Will Burns, CEO of Ideasicle.

“Half of living American Brittanys are between the ages of 19 and 25” and other insights into personal- name trends. (Hat tip: Karen.)

“Does it look like a pig? Are you sure?” How to name animals in German. Via @stas and @chrys.

Mice well, minds well, maze whale, midas whale, mieswell, and more than 40 other incorrect spellings of “might/may as well,” retweeted almost daily by The Minus Well.

jinglingly, adj. on or relating to the modern era; since the Middle Ages

Power Vocab Tweet was invented by the creator of Everyword, which recently completed its mission to tweet every word in the English language. From the blog:

On the surface, Power Vocab Tweet is a parody of “word-of-the-day” blogs and Twitter accounts. My real inspiration, though, comes from the novel Native Tongue by Suzette Haden Elgin. In that book, a group of underground linguists invent a language (Láadan) that “encodes” in its lexicon concepts that aren’t otherwise assigned to words in human languages. …

The definitions are generated via Markov chain from the definition database in WordNet. The words themselves are generated from a simple “portmanteau” algorithm; each word is a combination of two “real” English words of the appropriate part of speech. (The forms of the words and text used to generate the associated definition aren’t related.)