« Vote for Fritinancy | Main | All of These Nameifications, or Whatever »

Name in the News: Cefaly

Earlier this year the U.S. Food and Drug Administration allowed marketing of a transcutaneous electrical nerve stimulation (TENS) device “specifically authorized for use prior to the onset of pain.” It’s the first FDA-approved device for preventing migraine symptoms.

The device is called Cefaly. 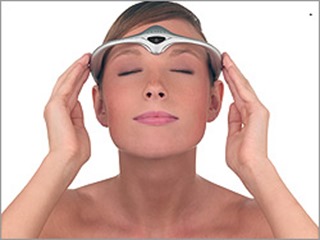 My brother Michael, who knows I collect examples of names that end in -ly—I’ve pinned 213 215 such names on a Pinterest board—forwarded the FDA’s March 14 press release to me. But something told me Cefaly didn’t fit the adverbial pattern I’ve been tracking (Respondly, Sleevely, Yummly, Leafly, et al.). So I did a little sleuthing.

The Cefaly device, it turns out, is made by Cefaly Technology, founded in 2004 as STX-Med and headquartered in Liege, Belgium. The device’s introductory market, in 2012, was France, and the company’s primary language is French. (See this YouTube video.)

Could “Cefaly” be a simplified spelling of a French word I wasn’t familiar with?

Sure enough, I quickly discovered cephalée, the technical term for “headache” (as opposed to mal de tête, the common term everyone learns in French 1).

The root of cephalée, you’ve probably guessed, is cephalo-, the Latin form of kephale, the classical Greek word for “head.” Cephalo shows up in many English words, including encephalitis (inflammation of the brain), electroencephalogram (EEG), and cephalopod (a class of marine mollusks; literally “head-foot”).

In short, Cefaly is named for the malady it’s intended to alleviate. It’s as though an American headache-device company were named Hedake. Or a chemotherapeutics lab were named Kansur.

Of course, to an Anglophone “Cefaly” sounds pleasant, even elegant. What, I wonder, do native French speakers make of it? If you know, leave a comment below.

Posted at 08:10 AM in French, Greek, How They Got That Name, Medicine, Names in the News, Naming | Permalink