« Word of the Week: XPocalypse | Main | How Arduino Got Its Name »

If your brand name is telling an inappropriate story—possibly even offending or angering people in your audience—would you want to change it?

Yes, I’m talking about the Washington Redskins (football) and the Cleveland Indians (baseball), long-established names once again making news for something other than athletic feats. I’m also talking about a newer, smaller brand that’s been in hot water for reasons that may not be apparent to non-Hawaiians: Hula, an app for promoting STD awareness and prevention. 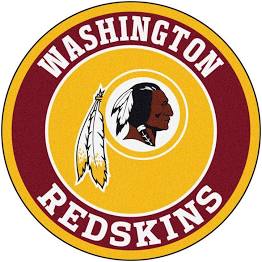 “Redskins” is a slur against Native Americans. “Indians” is more neutral, but the team mascot, “Chief Wahoo,” is a cringe-inducing cartoon stereotype. 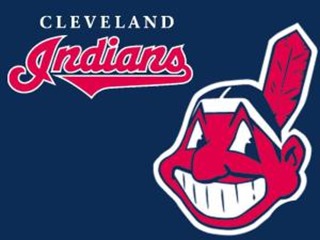 And hula is much more than grass skirts and undulating hips: to native Hawaiians it’s a sacred ritual.

The Redskins originated in 1932 as the Boston Braves (another term that irks Native Americans—and which survives in other team names such as the Atlanta Braves) and later became the Boston Redskins; the team moved to Washington, DC, in 1937. There has been public pressure to change the name—which the American Heritage Dictionary classifies as “offensive slang”—since at least 1988. In 1992, syndicated columnist Clarence Page wrote that the Redskins “are the only big time professional sports team whose name is an unequivocal racial slur. After all, how would we react if the team was named the Washington Negroes? Or the Washington Jews? ... It is more than just a racial reference, it is a racial epithet.”

Over the years, views like Page’s have been disparaged by some critics as “political correctness”—also known as “courtesy and respect”—and defended by others, including, recently and notably, President Obama.

But some football fans—and, more to the point, most of the people with decision power—have stuck with the “history and tradition” argument. In January, NFL Commissioner Roger Goodell used circular logic in an interview with USA Today—“This is the name of a football team, a football team that has had that name for 80 years”—as if football were sacrosanct and the option to change had an expiration date.

Photo tweeted by Monica Heller, president of the American Anthropological Association. More at the #changethename hashtag.

Daniel Snyder, owner of the Redskins since 1999, has said the team name is “a badge of honor” and that he will “NEVER—you can use caps” change it. In late March, Snyder reaffirmed that keeping the name represents “staying true to our history” and announced in an open letter to “everyone in our Washington Redskins Nation” that he was creating the Washington Redskins Original Americans Foundation to help Native Americans “build a brighter future for your communities.” He added that the Redskins have already donated coats, shoes, and a backhoe to various tribes. Very magnanimous, eh?

David Treuer, an Ojibwe from the Leech Lake Reservation in Minnesota, took to the New York Times op-ed page to protest. The aim of Snyder’s foundation, wrote Treuer, “is to buy enough good will so the name doesn’t seem so bad, and if some American Indians — in the racial logic of so-called post-racial America, ‘some’ can stand in for ‘all’ — accept Mr. Snyder’s charity, then protest will look like hypocrisy.”

Cleveland’s baseball team was called the Forest Citys, the Blues, the Spiders, the Infants (!), the Lake Shores, the Bluebirds, and the Naps (after star player and captain Napoleon “Nap” Lajoie) before being renamed the Indians in 1915. Chief Wahoo was created in 1947 by a 17-year-old draftsman, Walter Goldbach, who’d been commissioned to draw a mascot that “would convey a spirit of pure joy and unbridled enthusiasm.” The Chief Wahoo name was dreamed up by sportswriters. “To many if not most Clevelanders,” Pattakos wrote in the Cleveland Scene in 2012, “Chief Wahoo has never represented a race of people at all, but a benevolent symbol of the magic of those first trips to the ballpark: a smiling, slugging alien angel of joy.”

That’s one way to look at it. On the other hand, Pattakos writes, there’s “the Curse of Chief Wahoo”:

For the duration of Chief Wahoo’s tenure with the Indians in the post-Civil Rights era, the city's teams have unequivocally sucked. Not just the Indians, but all of the major professional teams, including the Browns and Cavaliers.

(Read the rest of the admirably researched article for much, much more in this vein.)

There have been opening-day protests of Chief Wahoo for more than 20 years. And there continue to be status-quo defenders who assert, as did one commenter in the Cleveland Scene, that “the Indians and other sports teams that use Indian names are not trying to be offensive. They're actually glorifying Indians.”

Finally, there’s the new kid on the troubled block: Hula, an app that helps users get information about sexually transmitted diseases. The idea is admirable; the name isn’t as innocent as it appears. The Hula company is based in Southern California, but it didn’t take long for three Hawaiian students with native ancestry to lodge a protest in the form of a Change.org petition that seeks a name change. Not only is hula a sacred art form, say the petitioners, but the app’s association with STDs “seems distasteful in light of the fact that STDs, along with other foreign diseases, contributed to the decimation” of the islands’ population after the arrival of Europeans and Americans.

Hula founder Ramin Bastani is unmoved. He’d already changed the name once, from the original Qpid.me, which was—oops!—too close to the name of the dating site OkCupid. Bastani now acknowledges, after being besieged by complaints, that “getting lei’d”—used in early marketing materials—might be offensive. (Is anyone advising this company on verbal branding?) The phrase has been deleted. But that’s where he draws the line. The name won’t be changed, Bastani told the Honolulu Star-Advertiser, “because the name ‘Hula’ correctly conveys a lot of what the app is.” He told another reporter: “We want to do the right thing. Changing the name, for us, doesn't make sense.”

[UPDATE, May 6: Hula founder Ramin Bastani had a change of heart. “As we continued to listen and learn, we realized this is the right thing for us to do,” he told the Washington Post. The new name has not yet been announced.]

I don’t buy it. Lots of names—lots of dance names—could “correctly convey a lot of what the app is.” Yes, a second name change would be costly. But bad PR is costly, too. “I love Hawai’i and I love what this app is trying to do for youth health,” wrote Amy Jussel, who is from Hawaii (but is not a Native Hawaiian), in her Shaping Youth blog. But, she said, “It’s frustrating that this ‘oops’ of a branding blunder reveals lack of enlightenment, respect, fairness, and judgment on all sides.”

Companies and teams change names all the time. Change is usually unsettling, and it always requires a period of adjustment. But even diehard fans adapt. The Stanford University sports teams were called the Indians until 1972; now they’re the Cardinal. The YMCA’s “Indian Princesses” and “Indian Guides” became “Adventure Guides/Princesses” in 2003. (Why girls can’t be guides is a subject for another day.) The University of Illinois’ controversial mascot, Chief Illiniwek, was removed in 2007 (although some supporters haven’t given up their effort to reinstate him).

That makes sense to me, too.

Posted at 06:43 AM in Mascot, Medicine, Names in the News, Naming, Renaming, Sports, Technology | Permalink

The already tacky, tasteless and bad joke about "lei'd" being used as someone's marketing team?! *facepalm* Is it made up entirely of adolescents? I just want to know what convinced them that Hawai'ian culture exists for them to mine for STD jokes...!? You'd think even their legal team would have said, "Um, dicey, guys; this will leave us open to suit."

The problem with not "trying" to be offensive is that, if you're still offending people, you're wrong.

Nancy, quick note for some clarity, as I'm out of the country w/limited internet access.

1.) I'm a kamaaina (lived in the islands a lonnnng time) vs a Hawaiian native (born/raised) and as you rightfully point out, certainly not a Native Hawaiian.
2.) Great post/points about cultural context, sports teams and the evolution of reactions/solidarity/protests over time vs initial branding onset
3.) Wanted to remind all that I did have a solid response from Ramin Bastani making note of some conversations they're having to find a path towards collaborative compromise so I prefer not to derail any progress they might be making.
4.) I also received lengthy responses (22 pg pdf etc.) from those lobbying for a name change, so have asked in the comments section that all please post publicly for everyone's edification (vs email) as I don't want to get in a tug-o-war for mindshare and prefer collective knowledge gain.