How Arduino Got Its Name

Arduino is “an open-source electronics prototyping platform based on flexible, easy-to-use hardware and software. It’s intended for artists, designers, hobbyists, and anyone interested in creating interactive objects or environments.” (Source: Arduino.cc.) The company was founded in 2005 in Ivrea, a town of about 25,000 in northern Italy; its products are popular in the worldwide maker community. The company is Arduino; its microcontroller board is “an Arduino.” 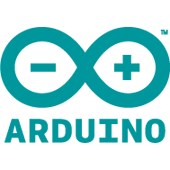 Infinity symbol with plus and minus signs.

From an article about Arduino in IEEE Spectrum, October 2011:

Arduino is a low-cost microcontroller board that lets even a novice do really amazing things. You can connect an Arduino to all kinds of sensors, lights, motors, and other devices and use easy-to-learn software to program how your creation will behave. You can build an interactive display or a mobile robot and then share your design with the world by posting it on the Net.

The first few times I encountered the Arduino name I associated it with “arduous,” which is not only conceptually inaccurate but historically and etymologically false. Arduino is not related to Latin arduus (high, steep). Rather, this very 21st-century company and its primary product are named for an 11th-century monarch who ruled for just two years.

The picturesque town of Ivrea, which straddles the blue-green Dora Baltea River in northern Italy, is famous for its underdog kings. In 1002, King Arduin became the ruler of the country, only to be dethroned by King Henry II, of Germany, two years later. Today, the Bar di Re Arduino, a pub on a cobblestoned street in town, honors his memory, and that’s where an unlikely new king was born.

The bar is the watering hole of Massimo Banzi, the Italian cofounder of the electronics project that he named Arduino in honor of the place.

The personal name “Arduino” is derived from the Germanic name, Harduwin or Hardwin, composed from hardu “strong, hardy” and wini “friend.” (Source.) It has cognates in French (Ardennes, site of the Battle of the Bulge in World War II) and English (the Forest of Arden in Warwickshire, the setting of Shakespeare’s As You Like It).

Arduino uses the .cc domain extension, the country code for the tiny Cocos Islands, a territory of Australia. It’s the preferred domain of many Creative Commons (open source) projects—another example of when a non-dot-com domain is the more appropriate choice.

As for Ivrea, its name comes from the Latin “Eporedia.” Arduino isn’t the first technology company to have made its home there: the business-machine company Olivetti was founded there (as a typewriter manufacturer) in 1908. Known for advanced industrial design, Olivetti was also a technology pioneer: the company’s Programma 101, released in 1965, is considered the first commercial desktop personal computer. Olivetti was sold to Telecom Italia in 2003 and rebranded as Olivetti Tecnost.

Ivrea is also known for a peculiar carnival celebration, the Battle of the Oranges, with roots in the 12th and 13th centuries. Fest 300, hotelier Chip Conley’s world-festivals website, describes it thus:

It’s a familiar story: commoners rise up against an oppressive ruler. At the Carnevale di Ivrea, however, the battle isn’t waged with guns and swords—oranges are the weapon of choice. Every year, the tiny northern city of Ivrea in the Turin province stockpiles 500,000 kilograms of fresh oranges for Battaglia delle Arance (Battle of the Oranges), a re-creation of a historic fight between townsfolk and a ruling tyrant. Teams wage a full-on fruit war, and not even a red-capped declaration of sovereignty can protect you from getting juiced.

The carnival is connected to the Christian calendar; this year it took place between March 2 and 4, the Sunday, Monday, and Tuesday before Ash Wednesday. But its rituals have pagan overtones:

The festival concludes with a sword-wielding Violetta watching over a scarlo, a pole with juniper and heather bushes. If the scarlo burns fast and bright, the future looks good; a slow burn is a bad omen for the coming year.

Posted at 09:25 AM in Domains, History, How They Got That Name, Italian, Naming, Technology | Permalink