Word of the Week: Normcore

Normcore: A fashion trend that embraces “ardently ordinary clothes. Mall clothes. Blank clothes. The kind of dad-brand non-style you might have once associated with Jerry Seinfeld, but transposed on a Cooper Union student with William Gibson glasses.” (The Cut, February 26, 2014) From normal + the -core suffix, originally used in hardcore (1960s, to describe pornography, and 1970s, to denote “harsh, aggressive, or extreme versions of various types of popular music.” (Definition via OED.) 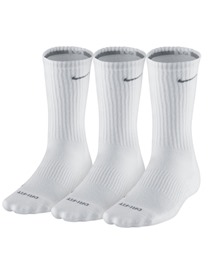 Normcore has been enjoying a few minutes of fame thanks in large part to last week’s post on New York magazine’s fashion blog, The Cut. (But the word has been around for almost a decade; keep reading.) Writer Fiona Duncan defined normcore as “self-aware, stylized blandness,” and credited the word’s coinage to K-Hole, a trend-forecasting collective in New York whose members have backgrounds in art and marketing. (K-Hole is also responsible for the neologisms “fragmoretation” and “prolasticity”; its corporate-looking reports include sentences like “Because after you graduate, you realize no one gives a fuck besides your PhD advisor.”)

Normcore capitalizes on the possibility of misinterpretation as an opportunity for connection—not as a threat to authenticity.

K-Hole’s definition encompassed a general world view rather than clothing and style. The Cut’s Duncan translated it into fashion brands: “mock turtlenecks with Tevas and Patagonia windbreakers; Uniqlo khakis with New Balance sneakers or Crocs and souvenir-stand baseball caps.”

Duncan’s post struck a chord; articles about normcore quickly appeared in Gawker, Newsday, The Daily Dot, GQ.com, Baeble Music (“A Normcore Playlist for the Most Normal Normsters”), and elsewhere. The online magazine Bustle called normcore “boring fashion for interesting people.” Know Your Meme called it “a humorous fashion trend in which artists and others associated with the“hipster” subculture emulate Middle Americans by wearing ordinary clothing with dull or muted colors.”

Normcore had a pre-K-Hole existence, albeit an obscure and cultish one. According to an Urban Dictionary entry published in March 2009, “normcore” first appeared in the webcomic Templar, Arizona, which launched in May 2005. The UD entry defines normcore as:

A subculture based on conscious, artificial adoption of things that are in widespread use, proven to be acceptable, or otherwise inoffensive. Ultra-conformists.

Oh, shee-it! You just got gang signed by the worst of ’em! Y'see the slight forward tilt of the chin, and the causal “hey” with the silent H? That means he’s NORMCORE. Dangerously regular. Dresses only in T-shirts and jeans, uses slang appropriated from other subcultures, but only 3 years after its first use, an’ only after it's been used in a sitcom.

Posted at 07:36 AM in Core, Fashion, Neologisms, Trends, Word of the Week | Permalink

Wow! Very cool. I feel on a new level after reading this article.

I think this may be the core for me.

Has "normcore" ever really caught on conversationally? I think it's too hard, or tiring to pronounce.

Sounds like Cayce Pollard, the heroine of William Gibson's Pattern Recognition, who wears only featureless monochrome clothes that would be equally in place at any moment between 1945 and 2000, and is physically allergic to brands she finds inauthentic.