Word of the Week: Seamful

Seamful: “An uncertainty in sensing and ambiguity of representations” in design, and especially in interaction design. (Source: Karin Andersson, “Seamful Design in a Seamful Society,” presented 2007.) The opposite of seamless.

Seamful is attributed to Marc Weiser (1952–1999), whose work as a chief scientist at Xerox PARC in the 1990s centered on what Weiser dubbed “ubiquitous computing.” (It’s now called “pervasive computing.”) Weiser used seamful in talks delivered in 1994 and 1995; according to a 2002 paper on seamful ubiquity by MacColl, et al., Weiser called seamlessness “a misleading concept” and suggested “that making things seamless amounts to making everything the same.” Weiser advocated systems “with beautiful seams” as a goal. 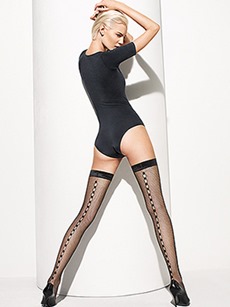 The concept has has proved popular (and pervasive). “Whenever I hear someone use the phrase ‘seamless design’ in reference to a large software system, I cringe inside,” wrote Jim McBeath in his “Coding and Life” blog in 2008:

In my view, software systems are like shirts and sidewalks: they should have nice seams in the right places. When done well, those software seams can add to the aesthetics of the system and make it simpler to maintain. When I say “software seams” I am of course referring to the interfaces between the different components of the system. A system with well defined interfaces can be a thing of beauty. Without those well defined interfaces, the system may “crack” in random places like a too-large slab of concrete.

Seamful can be used in non-computer contexts, too. In a November 2002 post about Disneyland in Boing Boing, Cory Doctorow on Boing Boing wrote that

Tomorrowland has always been the most seamful piece of the Parks, starting with the 1955 Disneyland opening. They ran out of money long before completion and had to triage a lot of the park (workers ran around putting Latin plaques on all the weeds that hadn't been landscaped out of existence, turning them into instant botanical exhibits).

I encountered seamful for the first time only recently, when I read an article about “urban computing” by Paul McFedries, who runs the Word Spy website, in the January 2014 issue of IEEE Spectrum:

Seamful got me wondering about the ways in which we use the suffixes -ful and -less. We have beautiful but not beautiless, childless but not childful, breathless but not breathful, awful but not awless. On the other hand, we have both shameful and shameless, restful and restless, thankful and thankless—although neither pair represents opposite meanings. (Unlike, say, joyful and joyless or useful and useless.)

The suffixes themselves are ancient, going back to Old English, and every so often someone finds a felicitous way to append one of them in a novel and unexpected way. Clueful—an antonym for clueless—did not exist until 1943, when it appeared in (of all places!) the American Sociological Review. In 1961 it showed up in a Times (UK) advertisement: “Bachelor, thirties, presentable and clueful, seeks worthwhile position now.” Today there’s a Clueful security app for Android and a Clueful content-management consultancy in Melbourne, Australia. Clueful fills a need in our vocabulary: it puts a sharper edge on “informed” and “knowledgeable,” and it sounds savvier than “savvy.”

Likewise with seamful, which succeeds because it evokes an image and plugs a semantic gap. It seems to be a keeper.

Posted at 07:22 AM in Design, Technology, Word of the Week | Permalink