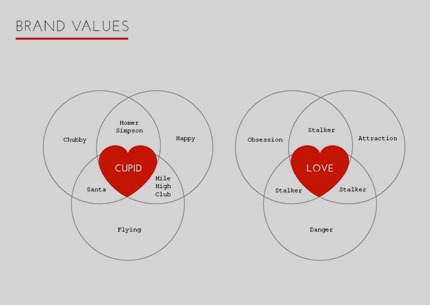 By Massive Media. See also my February 2010 post about another Valentine’s Day rebrand, this one by Under Consideration for Studio 360.

An order of roastbeef with a side of stalefish? Yes, we’re talking snowboarding lingo. The Wall Street Journal’s Rachel Bachman interviews snowboarders; Ben Zimmer, at Slate, analyzes “I’ll just huck it,” which caused an “overanxious” BBC presenter to “freak out.”

Leave it to the inventive and enterprising Mignon Fogarty, aka Grammar Girl, to turn language peeves (“literally,” “could care less,” “very unique,” et al.) into a card game in which the object is “to annoy your opponent to death.” She’s raising money for Peeve Wars through Fund Anything; contribute now to claim your own card set or another nifty reward. 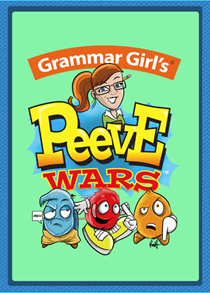 Speaking of peeves, the New Yorker’s Hendrik Hertzberg has had it up to here with verbal anachronisms in otherwise classy TV shows—like, say, Showtime’s Masters of Sex: “We live in a golden age of production design—but only for what we see, not for what we hear. Script-wise, anything goes, including the lexical equivalents of a jukebox in a frontier saloon or a zip-up toga on a Roman senator.” See also a response and amplification from the master of anachronism-spotting, Ben Schmidt. (As you may recall, this stuff annoys me, too.)

Some people peeve about new, “unnecessary” words. But language blogger Stan Carey defends them: “Avoiding new and ‘needless’ words in formal contexts is all well and good, but what’s wrong with a grand superfluity elsewhere? Will the language look untidy if words float around not filling vital gaps? Will they gum up the works?”

“We think first / Of vague words that are synonyms for progress / And pair them with footage of a high-speed train.” This Is a Generic Brand Video, from McSweeney’s, of course.

Orenitram, a drug for pulmonary arterial hypertension, is an ananym: The name was created by reverse-spelling the first eight letters of the name of the drug company’s CEO, Martine Rothblatt. But that’s just the beginning of a truly remarkable name story, reported by Catchword.

The new BuzzFeed style guide answers the really tough spelling and usage questions: Is bitchface one word or two? (One.) Is there an E in chocolaty? (No.) What’s the proper abbreviation of douchebag? (d-bag.) What’s the difference between wack and whack? (Look it up; it’s in there.) And, FYI, the word is spelled whoa. Don’t make us repeat ourselves.

“Writing and editing are linked but distinct enterprises, and distinct temperaments are involved. Very few people can move smoothly from the one enterprise to the other.” – John McIntyre, one of the few.

The second lives of dead US brands: Woolworths thrives in Australia, Nextel in Latin America, Friendster in Southeast Asia, Mister Donut (“Misudo”) and Pan Am in Japan. (Hat tip: Rochelle Kopp and Shogannai.) 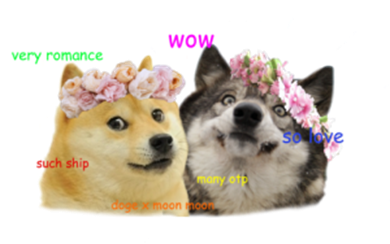 Who names the color of the year? Professional namers, that’s who. The Boston Globe interviewed Bay Area name developer Anthony Shore for his insights into color naming; the article is headlined—care to guess?—“What’s in a Name?” (I tackled the subject of color names myself for a 2011 Visual Thesaurus column.)

From the indispensable TV Tropes, the periodic table of storytelling. 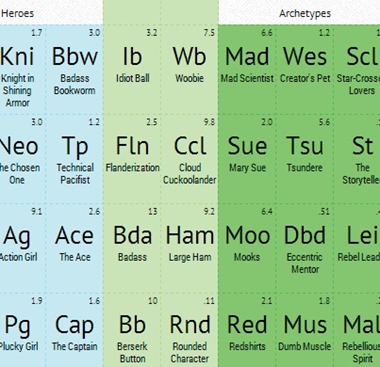