« The Airing of Grievances: Fifth Anniversary Edition | Main | Word of the Year Predictions »

Word of the Week: Ephemeral

Ephemeral: Transitory or short-lived. From Greek via Latin, “lasting only for a day.” The earliest sense of “ephemera” in English (1528) was medical: a fever that lasted a single day. The adjective “ephemeral” also originally applied only to diseases. “Ephemerality” was first documented in 1822.

Ephemerality is newly in vogue—indeed, it’s “the new buzz word” among some startup founders and investors, according to Forbes writer Parmy Olson—thanks to mobile applications that cause photos (Snapchat) and messages (Gryphn, Frankly, Wickr) to self-destruct* after a defined time period. 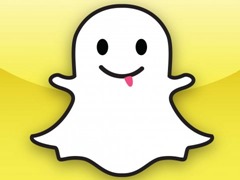 Snapchat’s mascot, “Ghostface Chillah.” In November Snapchat’s founders rejected a $3 billion purchase offer from Facebook. Two-year-old Snapchat has not yet generated any revenue.

Wickr logo. From the home page: “The Internet is forever. Your private communications don’t need to be.”

In a December 22 column for the Wall Street Journal, technology writer Farhad Manjoo calls Snapchat “the most important technology of 2013” because it “provides a sense of liberation from the constraints of a permanent record.” Manjoo asks whether we want “an erasable Internet”:

That question is exactly why Snapchat is so important, because before Snapchat, the Erasable Internet wasn’t an option. The Forever Internet seemed the only way. Now, with users, investors, and engineers rushing to ephemeral-data apps created in Snapchat's image, forever-ness isn’t assumed.

“Apps that make data ephemeral are going to be used with increasing frequency,” says Lee Raine, director of the Pew Research Center's Internet & American Life Project, “because people are beginning to recognize that the context of a post can be misunderstood, and it is better to have more control over exchanges and not risk the possibility that content stays out there and causes problems down the road.” (Source: Communications of the ACM.)

* According to the Online Etymology Dictionary, “self-destruct” was “apparently first attested in the U.S. television series ‘Mission Impossible’ (1966).” However, “self-destructive” has been around since the 1650s.

Posted at 07:18 AM in Buzzwords, Technology, Trends, Word of the Week | Permalink

I believe the mayfly, which is said to live for only a day, is called an ephemeris, but I don't know if this literal application preceded the metaphoric use or the other way around.

Mayfly would be a good name for an ephemeral app!

Yesterday on Fresh Air, Geoff Nunberg did a piece on SAT words; at the end he said:

I asked my daughter if she recalled any of the items we went over on flashcards when she was preparing for the SAT about seven years ago. "The only one I remember is 'ephemeral,' " she said, then added, "I'm aware that there's a certain irony in that."

Hard to tell how it was spelled, but I think the drug that halted telekinetic powers in the film "Scanners," by David Cronenberg, was called Ephemerol. Did Cronenberg mean that it rendered the scanners mind control ability "ephemeral," or was it just a meaningless term he threw in because he had to quickly finish the script? Hopefully, Cronenberg (he wrote it also) will write in and tell us. Probably ain't gonna happen though.

Timothy: Ephemerol is on one blog's list of "11 Awesomest Fictional Drugs": http://www.ugo.com/the-goods/ephemerol