On the Visual Thesaurus: The Ascent of “Sherpa”

My new column for the Visual Thesaurus, “The Ascent of ‘Sherpa’,” looks at how the name of an ethnic group in Nepal came to be used in job descriptions (strategy sherpa, social-media sherpa, human resources sherpa), company names (Sherpa Ventures, Wedding Sherpa, Sherpa Invest), and international relations (“sherpa” is the official designation for the personal representative of a government leader to a summit meeting such as the G7 or G8).

According to the OED, the figurative use of “sherpa” to mean “guide” goes back to 1959, when a British author, Marshall Pugh, used it in a novel called The Chancer. (“What was the idea of trying that cliff? Did you fancy your chance as a sherpa?”) But by then “sherpa” had already been climbing into the vernacular. In 1957, a Swiss company applied for a U.S. trademark for a watch brand called Sherpas; in 1964 an American company received trademark approval for Sherpa shoe soles.

Then there’s faux-sheepskin “sherpa,” a synthetic fabric that resembles the thick, dense wool that lines the traditional coats of Sherpa men and women. This “sherpa,” employed by retailers from the Gap (“sherpa-collar jacket”) to Saks Fifth Avenue (“sherpa cozy robe”), goes back a surprising five decades: a search of the New York Times database turns up regular citations in fashion and retail stories beginning in 1962. It appears to be a genericized trademark: In 1960, the Collins and Aikman Corp. received trademark protection for Sherpa “pile apparel fabric.” The registration was cancelled in 2001. 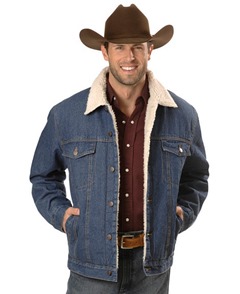 Read the rest of “The Ascent of ‘Sherpa’.”