« On the Visual Thesaurus: The Ascent of Sherpa | Main | Bad Movie Day »

Some names are born bad, others achieve badness, and still others have badness thrust upon them. Here are four bad names, each bad in its own tragic, annoying, or inept way.

There is simply no excuse for the spelling of Ketchuppp. 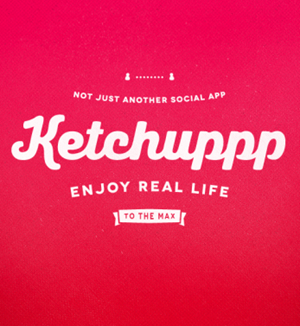 According to TechCrunch, “Ketchuppp wants to help you meet up with the people you actually like spending time with on a regular basis (or did before social media ate your social life) — and do so in person, not digitally.” (Imagine!) Evidently the founders fell in love with the “catch up” idea, never considered any other name directions or asked for professional advice, and kept fiddling with the spelling until finally they found a dot-com domain for $5.99. (Ketchup.com is for sale; Ketchupp.com—at least the double P would have suggested “app”—redirects to Pinocc.io.) Bad strategy, bad name. And to make matters worse, the web copy repeatedly uses “Ketchuppp” as a verb, which risks genericizing the brand name.

(Also, “Not Just Another Social App” is an I-give-up tagline. Tell us what you are, not what you aren’t.)

It could have been worse, I guess. As one TechCrunch commenter points out, “At least it’s not called KKKetchup.”

Ketchuppp is an app and a startup, so we can chalk up its bad name to inexperience. But Aesynt? It’s what McKesson Automation is called now that the division’s has been spun off from McKesson Corporation. And the parent company is an almost 200-year-old American institution with sales of about $122 billion (2012).

Take a minute to consider how you’d pronounce “Aesynt.”

Did you rhyme it with “adjacent” or “nascent,” with a long A sound in the first syllable? Did you focus on the /ae/ vowel cluster and try to connect the name with “aerial” or “aesthetic”? Did you see the “syn” as having something to do with “synthesis” or “synergy,” and pronounce it accordingly?

Wrong, wrong, wrong! Here’s the Pittsburgh Business Journal to namesplain it to us:

The company, whose new name is pronounced like “ascent,” will remain in southwestern Pennsylvania, Aesynt President Kraig McEwen said.

You gotta have a whole lotta Southern U.S. pin-pen merger to get “ascent” out of “Aesynt.” And Aesynt is based in Pennsylvania.

Now that you know how to pronounce Aesynt, try Lytx.

I’ll go first: I read the name as Lyt-X, or “light-ex.” (I assumed it was following the pattern of SpaceX.) Not so fast! Lytx is the new corporate name for 15-year-old San Diego-based DriveCam. The website gives no pronunciation clues, so we turn to Xconomy (another X name!) for the details:

The company says it is changing its name to Lytx—as in analytics—in anticipation of a new business initiative to broaden and diversify its core business, which uses dashboard video cameras and telematics technologies to analyze driver behavior, identify risks, and provide feedback so fleet operators can reduce accidents, save lives, and hold down insurance costs.

So “Lytx” rhymes with “critics”? That’s a stretch. The /ly/ cluster can be pronounced at least three ways: as lie, lee, and lih. Yes, “lyric” and “lynx” are pronounced with the lih sound, but in coined names, /ly/ at the beginning of a name usually defaults to lie, especially when the addition of /t/ makes it look like a new spelling of light (see Lytro, Lytron, Lytera).

I’ve written about some bad shoe-style names many times, but none has made me as sad as this one: Blah boots by Fly London. 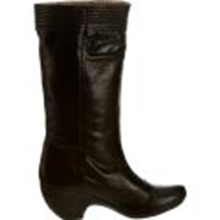 What pains me about “Blah” is that I’m a big fan of Fly London—I recently discovered the brand and now am the happy owner of several pairs of FL shoes—and I want it to do no wrong. I’m willing to indulge Fly London’s penchant for slightly wacky style names (Yif? Yush? Yoni? Faff?) because so many of the shoes are so fabulous. To be honest, I wouldn’t include the Blah in that category, but I also wouldn’t stigmatize it with a bad name. Blah goes beyond wacky, beyond whimsical; it’s just mean and dispiriting.

Scorecard: Pass the Prozac and lock up the kitchen knives. 0/100.

Posted at 06:53 AM in Bad Names, Cars and Motorcycles, Naming, Portmanteaus, Pronunciation, Shoes, Spelling, They Said WHAT??? | Permalink

I actually guessed right on Lytx, but I never would have guessed the pronunciation of Aesynt. That's all kinds of terrible.

Re Ketchupppppp: Some years ago I went into my bank and saw bottles of ketchup every few feet. I asked why, knowing no good would come of it. They were promoting I believe home equity loans to help people "ketch up" on their bills.

Of course, whoever went to the supermarket bought bottles of a brand that called it "catsup."

I saw Lytx as the company intended, too, but my first instinct for aesynt was "isn't." And that isn't good.